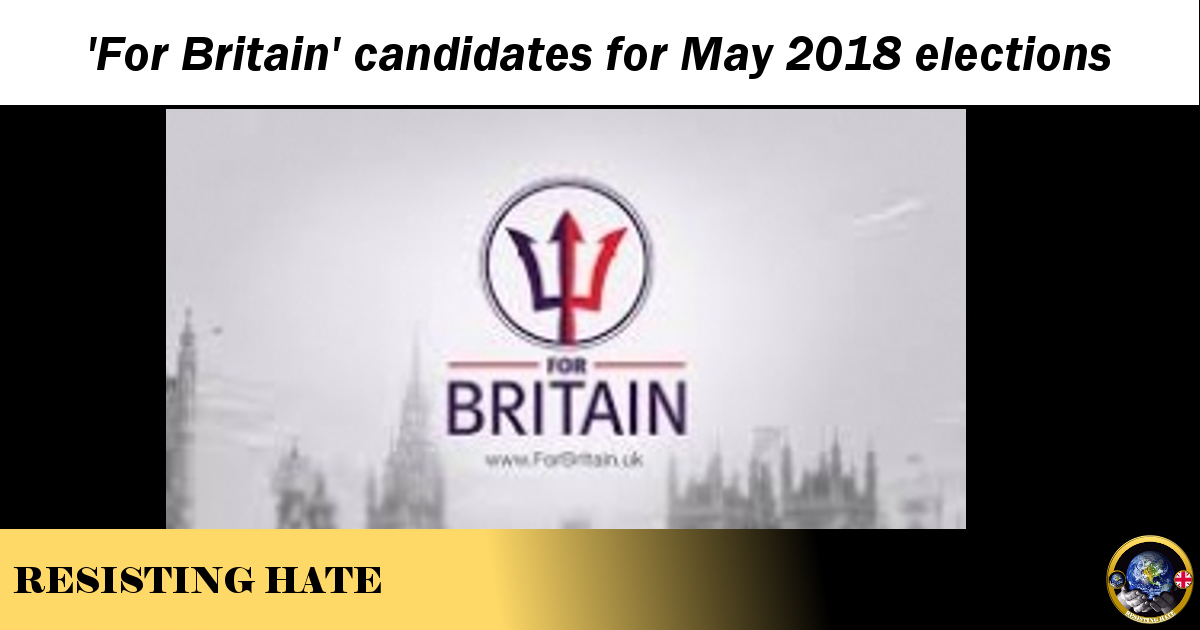 This is a list of the (pitifully few) candidates ‘For Britain’ are fielding in the May council elections.

They have also been told by the Electoral Commission that they are not allowed to use their trident logo for the party! (They are appealing this)

My bet is that ‘For Britain’ don’t get a single seat in these elections. I do not believe that a party based on hate, division and the victim rhetoric of Anne Marie Waters will convince anybody that this is a viable political alternative to any of the established parties. We shall see. In the meantime we will keep you posted as we have several ‘moles’ in the camp. I’m reliably informed by one of them that even Anne Marie doesn’t fancy her chances…

13 thoughts on “‘For Britain’ candidates for May elections”