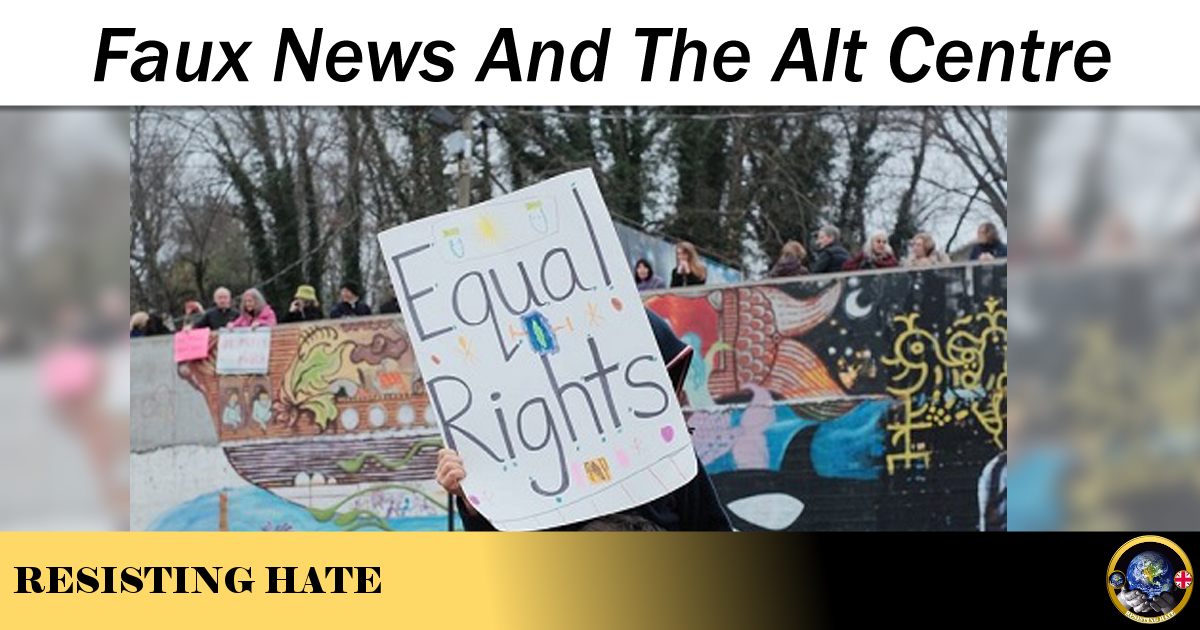 When looking back on this turbulent time in the world, one of the main things to come out of it will be the division, frustration, and anger that seem to be spreading across the world at present. At the forefront of this is, of course, Donald Trump and, in particular, his war with the media, a war that is shifting media and public behaviour across the western world. With his coining of the oxymoronic phrase (usually, when referring to Trump, you can remove the prefix ‘oxy’ from this phrase) “fake news”, Trump introduced a tag and an awareness of the power and problems the media can garner and cause.

Orwell saw it coming. Newspeak and the editing of history to suit The Party in Nineteen Eighty-Four seems to be the goal of Trump, and, for his supporters, every week is Hate Week. Whether it is to pressurise and threaten senators, galvanise his supporters or distract the public from whatever the current scandal, Trump uses his Twitter feed to spread his message. Perhaps the most cunning and equally desperate use of his Twitter, as well as his interviews, briefings, and bizarre rallies, is to attack the press, mainstream media, the fake news, they are now referred to. There are a few exceptions to this broad attack; Fox News, and a few other largely ‘right wing’ sites get endorsements and retweets. Fox News seems to be POTUS’ personal favourite, as he often advertises, endorses and retweets segments, shows and articles. And Fox promote his agenda, ensuring their popularity amongst his supporters.

Fox News is not the first outlet to present biased views to suit an agenda. Chaucer’s Canterbury Tales promoted the calm and tranquil, idyllic England in the 14th century, disregarding civil war, huge religious conflicts, and the death of monarchs. England was a place of fear, upheaval, and chaos at times, but Chaucer presented a pastoral retreat, devoid of this chaos and violence. Henry VIII, in among marrying and killing everyone, took the time to ensure any written work that existed was not a dissent to his rule and his lifestyle.  For anyone to take a swipe at him, they had to be brave and subtle, clouding their work in metaphor, such as Whoso List to Hunt by Thomas Gray. And so it continued, across lands, across authors, across works. The uncivilised masses in Africa depicted by Conrad, the unruly Indians by Kipling, all examples of a controlled route of thought, an idea of people and places passed down by writing.

The difference between then and now is how this propaganda is passed down, and by whom. Regardless of the morality of their work, nobody can deny the ability of some of these authors, like Kipling and Conrad, to engage and describe the scenes they set. Today, however, the messages are being passed around by journalists, some of whom are very loose definitions of the term, and even people like Tommy Robinson, Katie Hopkins et al. The access to social media, and an increasingly frustrated and lively audience, spreads agenda and division directly to the masses. The difficulty is how to counteract it, and to realise that this isn’t just a one-sided, simplistic issue of right versus wrong.

For every Daily Mail immigrant story, we see The Guardian wheel Owen Jones or Frankie Boyle out and pontificate, throwing around the moral high ground, essentially lecturing the readership of the right, engaging in a dismissive, possibly even arrogant rebuttal of the right wing’s name calling. The issue is that every time The Guardian does this, or The New York Times lambasts Trump, no problems are solved, no issues resolved, the chasm between the two sides simply widens. Whichever side one is on, whichever two sides are arguing, the insistence on naming the sides and picking one, almost completely eliminates fair debate, counteracts balance, and ends with name calling and mud-slinging on both sides far too often.

The rush for clickbait and traffic necessitates catchy headlines, and short opinion polls full of jargon and rhetoric. However, the insistence on using these tags to identify groups of people creates a very difficult environment for the media to operate within. For every Remoaner, we have a Brexiteer; for every alt-right we have an alt-left; for every Republican, a Democrat; for every Trumpster, a member of The Resistance. In a world where white people afraid of losing their privilege have begun using the phrase ‘reverse racism’, finding fact and objectivity in the middle of these polarising articles and tags is becoming increasingly more difficult. Take, for example, the BBC. When Daily Mail readers are calling the Beeb “a left-wing propaganda” organisation, while the more left wing Remainers will, surely, have been sick of watching the unelected, ale-drinking Nigel Farage somehow manoeuvre himself onto the channel every day for months. This difference of opinion is precisely where the difficulty lies when people are pushed to take a side, a label, and stick to it. Once the psychology of a label is attached, logic seems to be overcome by emotion.

Once a label is assigned and a side taken, the population will then pick a position and read or view news accordingly, in many cases. Trump supporters brandishing everything outside of Fox and a few others as Fake News is the best example of this. Of course, there is a gap in the middle between any two sides, where the reliable news sources should be lying, those places where people go to check the news in the morning, see what is breaking around the world, and the like. Examining the BBC in this position is an interesting place to assess the problems the media face. While more people get their news through links on social media and clickbait articles, reputable organisations like BBC must compete for their web traffic. So, there are two choices: rise above it or get in the mud. Too often, the BBC have plunged into the depths of sensationalism and throwing forth opinion. Especially when covering Trump, the smarmy interjection of heavily swayed opinion pieces muddies the reputation and impartiality of the coverage, resulting in those readers on one side of the fence casting aspersions about the company’s position. However, without the headlining and the variety of positions presented, what traffic would a company like this even receive? Should every view and opinion on topical stories be covered to provide impartiality, or should the impartiality of just the bland facts be enough?

Of course, the public must decide the solution to an extent here. The desire to be proved right and to back up an opinion or idea often determines what we read, share, like or retweet, while anything to the contrary will be dismissed, called a name, or labelled as Fake News. The key to overcoming this as a public and as an individual must be compassion, patience, and empathy. While many of the people one may read or debate with could be considered to be lacking in one or any of these qualities, exercising them ourselves is the only true way to overcome this issue of bias and emotion. Resisting the clickbait, questioning the media and being willing to see faults on both sides of the aisle is the only way this can happen.

Only once the ground between any two sides is established, both by the media, those in power, and the general public, and we begin to listen to each other and understand each other, can we begin to move forward. The media’s desire to create extremes and internet traffic drives the emotion and anger in the public. This emotion and anger drives protest, hate, crime, and violence, and the cycle restarts. Only once those left in the middle, those balanced, patient people, begin to engage and empathise and inspire, can they start to bring people together. This must come from tolerance and understanding, not arrogance and mud-slinging. This doesn’t mean violence, criminality and discrimination should be tolerated at all, we should rightly be calling out Trump for tolerating neo-Nazism and we should be protesting these people ourselves. But this must be in the name of equality and peace, not just shouting at the tv and being outraged for the sake of opinion.

One thought on “Faux News And The Alt Centre”