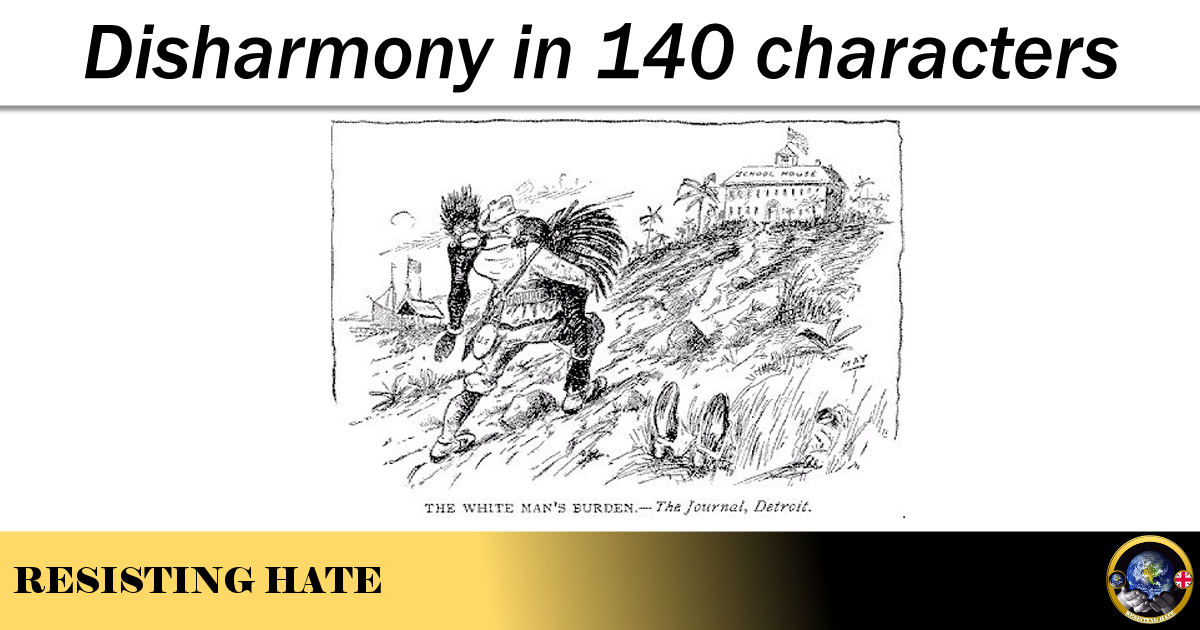 Cliché after cliché. Reverse racism was today’s. Was everyone brainwashed? Is it racist for a black woman, that has suffered exclusion, name-calling, and online abuse, to remark that Britain has a problem with racism? Is it acceptable, to sit in a room, in Britain, complaining about people’s racism against white folk? Did India’s caste system preceding colonialism somehow excuse racism from colonialists to the ‘savages’ of yesteryear? Had we stepped back to the Heart of Darkness?

“Africans would have been better off being kept by the British”.

Can people not see the language they use, the tone they take, the attitudes they hold, with any sort of realism or objectivity? Life in 140 characters; the brutality of it. The simplicity. The bipolarity. Nothing complex exists. Cliché follows cliché. Opinion follows opinion. Why must we live in a world where people’s views must only reach 140 characters?

“Niggers in a woodpile” is “casual”, a mild reprimand. Shame.

The oppression. The brutality. What have The Romans ever done for us?

“We built them schools”. Sure, but for who? Why? What life is it for them?

“Uncivilised”. What on Earth? What makes painting and writing more civilised than a proverb or inscription? White and black, dark or light, but what of the shades in between? The beautiful shades. The differences, the colour. What makes a sacrifice less humane than a murder or a crusade? Who decides what is civilised?

“But the dictators are worse”. Worse for whom? Death or slavery? White or black? Who created the dictators? Things Fall Apart as the villagers wrestle, but wrestling is power, right? Wrestling for pride or the entertainment of children; who are the savages?

“Brainwashed” with no pledge of allegiance. No national anthem. Knives and forks are civilised, manners too, but guns? What of civilised guns? Civilise the savages; which savages? Are we back in time?

Retaliation is condemned, but what of the initial actor? Laud them, defend them. Oil and guns and tea and trade. But we must defend our shores. Which shores? All of the shores?

“They hate the British”.

Diversity. Culture. Love and peace. Why must we fight and resist each other? Why must we create disharmony in 140 characters?

This article was first published here

One thought on “Disharmony in 140 characters”