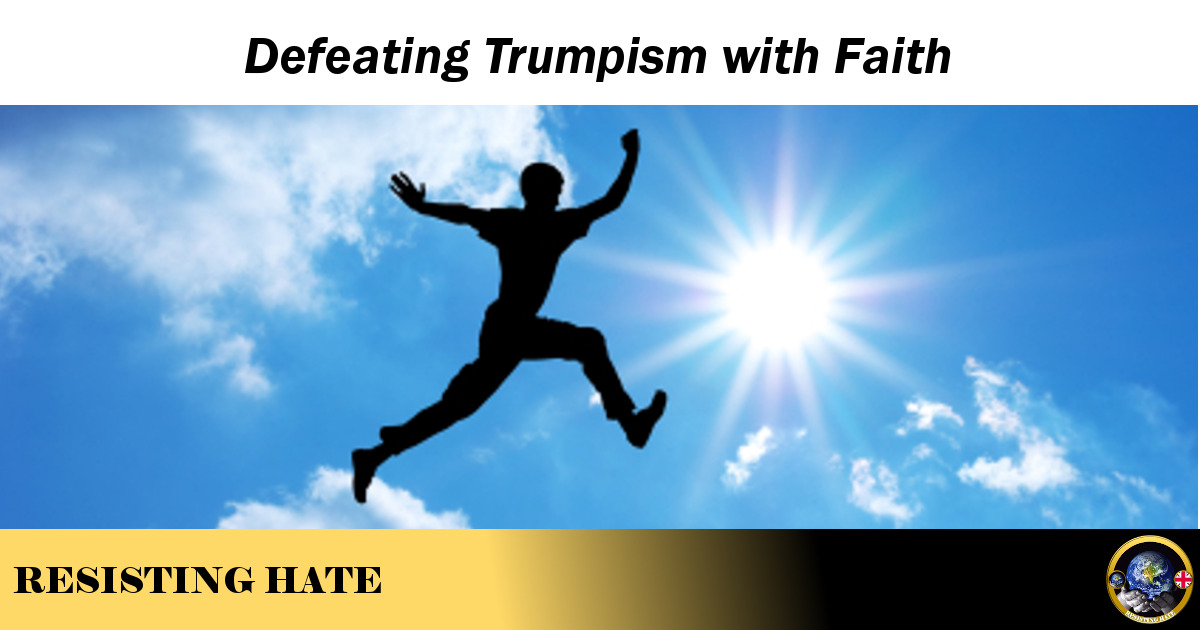 A faith based article written by a guest writer

Past U.S. President Dwight Eisenhower once said: “A people that value privileges above principles, soon lose both.” It is true, indeed, that we have become a people seeking progression, however, we are a divided people; an occupied people.

Notwithstanding Eisenhower’s comment and, apart from the fact that the US. Dollar has the statement, “One nation under God” written all over it, it is safe to say that the United States of America has never been more divided than it is in this day and age. Politicians out-trumping each other in battles of words that inevitably lead to battles of lost souls, this world is becoming darker by the minute; and no Tesla invention can help fix that…. Trump has divided a nation. He has pitted communities, races and faiths against one another.

This fire between us is not a source of light; but rather, a source of detachment; division; one that leads to apartheid. Please take a good moment to compare what the past U.S. President has said with what the current President is saying (and will no doubt continue to say).

In my humble opinion, having someone like Trump around isn’t problematic in itself, but, having someone like Trump around with millions of followers is an issue. Especially it becomes an issue when Trump has the authority and access on nuclear codes and their possible consequences. There were Presidents before Trump who authorised the use of nuclear weapons, so understand, that I am not attacking Trump, per se, but rather, the Trumpistic mentality, for it spreads quickly. Very quickly.

When we—as a people—finally start calling for bridges instead of walls and togetherness instead of division, all will unite in peace – and the mentality of bigotry will fall, along with the trolls that propound it.

The key to peacefully co-existing is to know one another. God says in the Last Testament (interpretation of meaning): “O mankind, indeed we have created you from a male and female and made you peoples and tribes that you may know one another. Indeed, the most noble of you in the sight of God is the most righteous of you. Indeed, God is Knowing and Acquainted.” (49:13)

If somebody’s faith does not sound logical to you—after reading about it with the pure intention to understand it—then the basic minimum service you must offer that person is your respect, for if it is lacked, it is a reflection of your values, and your inability to be a good and just person.

Respect is an element we must all have and be willing to provide to whoever we meet. I must acknowledge, some religions may contain illogical and unscientific [Divine] verses, but that is why we must be able to differentiate between what truly is Divine, and what is not.

Does confusion give one the right to doubt the remaining words of God, or the Holy Messengers who upon them those Words were revealed, or to mock the people who choose to follow these Messengers? The answer is a simple ‘no’. Understanding other people’s faiths gives you the ability to connect and unify with them; to make a bigger and better society and to progress forward, together.

Let’s be real here. Not all religions agree with modern-day science, but we should not forget that modern-day science does not agree with yesterday’s science. It wasn’t long ago when it was a fact that the Earth was flat, and the moon emitted light. But those who understood the [true] words of God, knew otherwise.

No one has a right to judge another. To understand is to unite. To unite is to progress. To journey forward together is to be human.