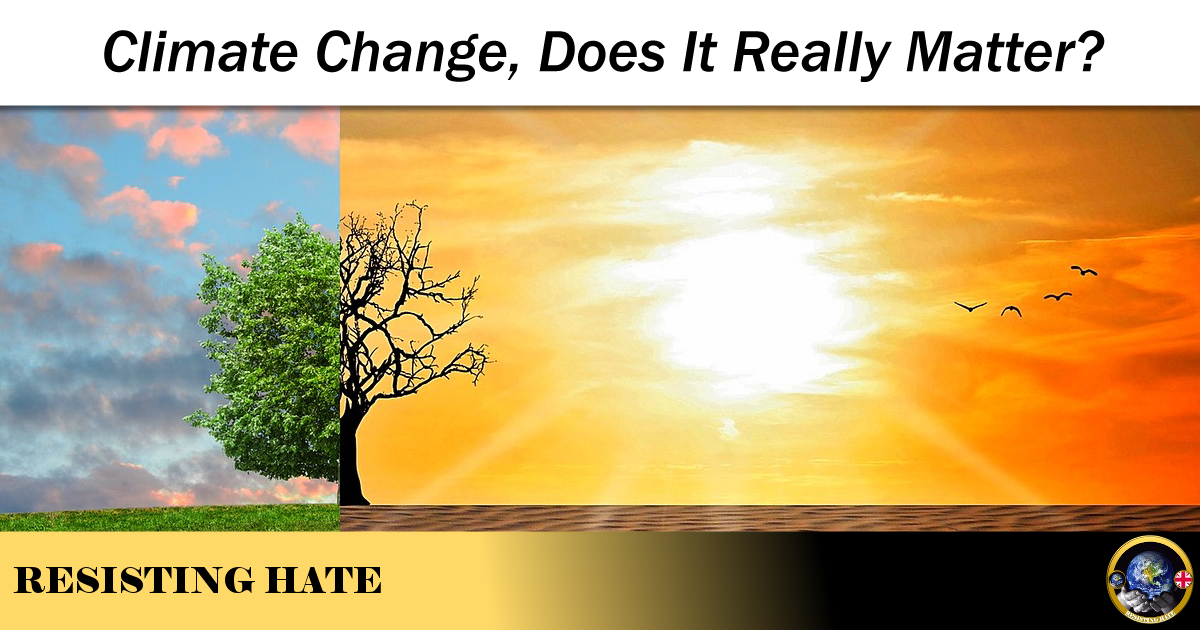 There are some (quite a few in fact) who are prepared to deny that the climate of our planet is changing. Another group of people accept that while global warming is happening, it’s nothing to do with human activity, and is in fact just part of a natural cycling process of equilibrium, and that the planet has been warming gradually since the last ice age.
These people are in denial of the overwhelming evidence.

This chart shows the very long term temperature changes, based on ice-core analysis, from the past 800,000 years. As each ice-age ended, it took around 5000 years for a temperature change of between 4 and 7 degrees Celsius.
The average global temperature has increased by almost 1 degree in the last 100 years, a rate around 10 times faster than would be expected to occur naturally.
Here is a more recent view of things, covering the last 12,000 years. The spike at the end is a little concerning, wouldn’t you say?

The following chart shows average temperatures on an even more recent scale, the past 1500 years. Starting around the early-mid 1800’s things started to change.

Compare the very long term temperature graph above with the following data on atmospheric CO2 levels (bear in mind this is scaled for the past 400,000 years). You can clearly see how temperature and CO2 are related, with a matching set of 5 peaks as time progresses. Notice also that the current level is higher than at any point in that past 400K years.
With this kind of very clear correlation, it becomes completely absurd to deny the link between human activity (registering as increased CO2 levels due to massive fuel usage since the beginning of the industrial revolution) and rising temperatures.

But the title of this piece asked “Does It Really Matter?”, and I’m going to be slightly controversial and say no. Before anyone thinks to comment indignantly below, I will say that I am an environmentalist myself, I try and minimise energy use and recycle as much as possible.
There is a ‘But’, and it’s a big one…

Does global warming and human activity really matter to the planet? Absolutely not. Our beloved Earth has at times been a sweltering, toxic volcanic wasteland and a pristine, icy tundra. We are temporary. In geological terms we may as well not have happened, and when we’re gone, like the dinosaurs before us, the planet will barely remember our even being here. It is for that reason I say that climate change doesn’t matter.
It does of course matter very much in the shorter term to us, the human beings that live on the planet, particularly the many millions living not that far above sea-level. The real cause of worry about global warming therefore is nothing to do with actually saving the planet.

Humans are inherently selfish, what we’re really concerned with is saving ourselves.