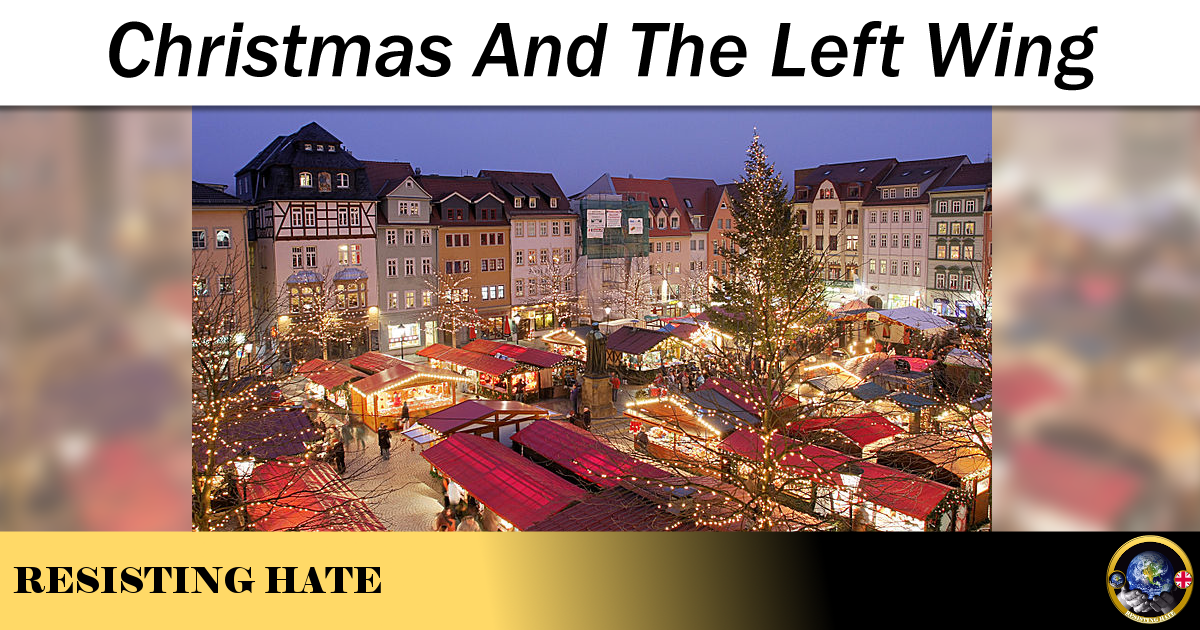 That time of year is once again upon us when the shops are stocked with tinsel and the newspapers filled with stories of how minority groups and the political left are trying to pull the plug on the festive season. Perhaps almost as much of a tradition now as the mince pie and pudding is the Daily Mail’s determination to prove that somebody – anybody – is offended by the Christian season of goodwill.

To put this claim in context here are some of the Daily Mail’s Christmas headlines so far this year:

Of course what the Daily Mail really want to talk about is what they get round to every year, namely their paranoid suspicion that it is actually the Muslims who are responsible for what they perceive as the slow eradication of Christmas.

The accusations from this paper and most of the other right wing press is that on behalf of those who do not celebrate it, the liberal left want the Christian festival of Christmas banned.

Now I strongly suspect that the Mail and co don’t believe a word of what they are writing. These headlines are an attempt to further divide communities and in particular to stir up anti Islam sentiment in their (rather easily led) reader base. The common feature across nearly all of the articles referenced above and most of the others I read but didn’t list is that the Daily Mail have never made any serious attempt to investigate these issues at source. They have relied on secondary sources and word of mouth rather than going to the people who do hold left wing views and asking them directly what is going on.

So I did their work for them.  I went and asked a few lefties (a term I use for brevity and not as a form of disrespect. I identify as one myself) “Do you have a problem with Christmas?”

As I had expected the majority of the lefties I spoke to had no issue with Christmas being celebrated. Some celebrated it themselves, some didn’t. Several spoke about the key messages of peace and goodwill to fellow humans as being a message that applies equally across all faiths. Others spoke of the fact that even for non believers Christmas gets most people a few extra days off work and a chance to spent some time with their families during some of the longest coldest days of the year. For the great majority Christmas posed no problem at all.

There was a small minority in which I did encounter some uncertainty about Christmas. This seemed to be inspired by a very genuine desire not to offend members of other cultures and faiths. And not just the Daily Mail obsession with Muslims either. We talked about the Jewish, Sikh and Hindu communities and how the left wing cultural aspiration is for a multicultural society which celebrates and welcomes diversity of faith. These lefties talked about how important it is to interact with non Christian faith communities. Their concern was that the very highly publicised Christmas festival may make other cultures feel isolated or excluded. It was a desire to facilitate better integration and not a desire to persecute followers of Christianity that drove this uncertainty.

The right wing see the concerns of the left as the desire to “appease” but the truth goes a lot deeper than that. Talking to the left it was clear that their doubts were not about appeasement or sucking up to other faiths to be politically correct but about trying to move toward an equal world where people have equal religious rights. Their views on how Christmas fits into this may be misguided but the sentiment was in the right place.

I say misguided because in truth when the left shy away from positively affirming Christmas they are doing the very minority groups they seek to protect a disservice. It is these well meaning doubters who give hate papers like the DM the opportunity to whine on about the erosion of traditional Christian values and to print lies about other religions wanting Christmas banned. The Muslim Council of Britain has put out a statement educating people once again that the UK Muslim population has no problem with Christmas and is not offended by any of its traditions. I would like to see this same confident position taken by the political left. I would like to see the position taken that equality means equality and that this applies to Christians and their faith as much as it does to anybody else.

When I asked why Christmas is seen as problematic by some of the left but other key religious festivals are not, the concern I got back in several discussions was that Christmas has become so synonymous with British culture that it is perceived now as more of a secular festival than a celebration of faith. For some of the left this invoked uncomfortable associations with Nationalism.

This I suspect lies at the root of the issue. Christmas is not seen as a problem because it is a religious festival. Christmas is seen as a problem because it isn’t religious enough. Over the years it has been commercialised to the point where the key associations now are presents and trees rather than a celebration of the birth of Christ. If Christianity reclaimed Christmas and took it back from the tinsel and mince pies brigade it could take its place with pride on the interfaith calendar and enjoy the same respect among the left that the festivals of the minority UK faiths do. Schools who ban the nativity, councils who refer to festive trees rather than Christmas trees, work places who insist on the greeting being “Happy Holidays” are all contributing to the disassociations between Christmas and its meaning. The consequence of all this is that Christians experience discrimination, minority groups bear the ire of the right wing press for the perception of banning Christmas and the divisions between communities and faiths are widened. The irony of course is this seasonal animosity is the exact opposite to what the Christmas spirit is supposed to be about.

The Daily Mail will tell you Christmas has been hijacked and to an extent they are right but it isn’t the political left and the Muslims they need to worry about. Christmas has been hijacked by spiritual apathy, commercialism and a confusion between Christian and British values. If secularist state celebrations do invite the spectre of Nationalism (and I believe they do) then the only answer is to go back to what Christmas is really about and re-establish it as a religious festival celebrated by Christians.

4 thoughts on “Christmas And The Left Wing”