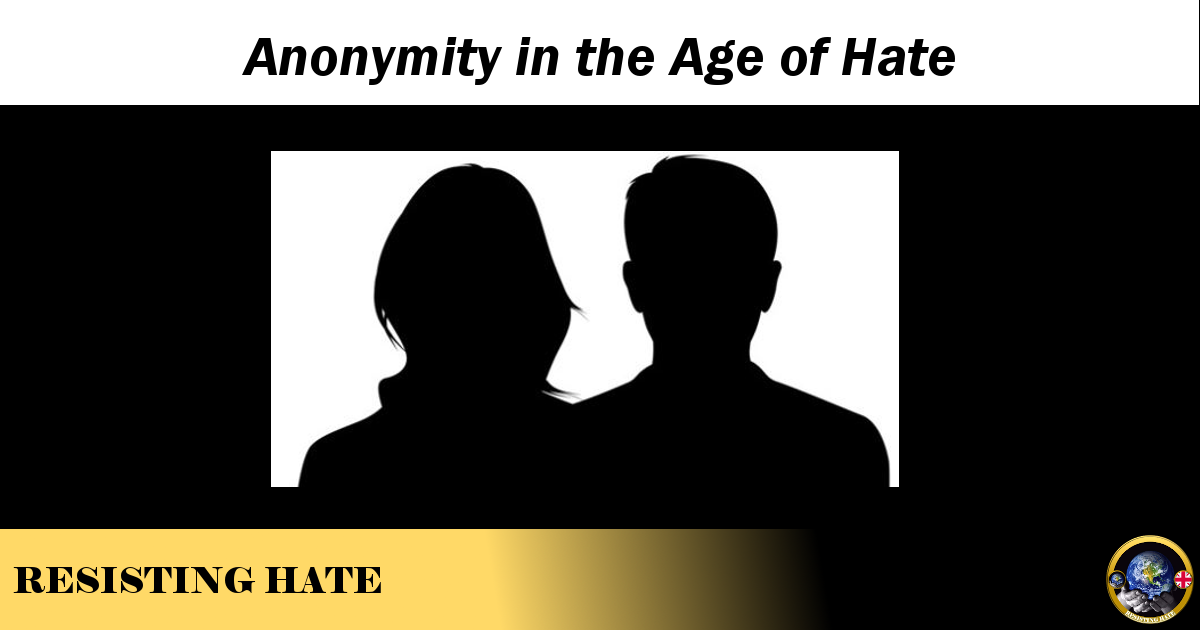 The age of anonymous communication has given a voice to those who would otherwise have been silent. The internet has given people the ability to speak out against oppression, political persecution and corruption without fear of reprisal. There is safety in anonymity and, perhaps more than any other advance in technology, the world wide web has facilitated this safety for the unidentified individual.

But, as with all progress, tools for the good can be exploited to become tools that can be used for harm. The internet is no exception to this. Those seeking to mask their identity to break the law or to abuse others have found a mechanism perfectly suited to their needs with anonymous internet usage, and most specifically with the rise of social media.

Although the image of the lone keyboard troll warrior in his mother’s basement has become the poster boy of internet abuse, it is no longer an accurate stereotype. The number of ways in which anonymous internet usage has been used against the public good has snowballed. It is important we consider these harms in the light of whether the consequences of anonymous speech are worth the benefits it brings.

The internet is used across all primary criminal fraternities in their pursuit of crime. Encrypted messaging programs such as Telegram and WhatsApp allow the efficient organisation of crime without the risks that a physical meeting of participants presents. WhatsApp is used to coordinate criminal activity, particularly in drug and people trafficking.  Telegram was most notably used by ISIS in planning and organising terrorist attacks. Importantly the factor of anonymity means that not even fellow criminals or terrorists need know the real life identities of who they are involved with.

The use of group messenger services also allows criminals to stay one step ahead of the police, giving them a way to alert tens, maybe even hundreds of their criminal consorts in real time.

Social media can be used to organise vigilante justice. In May 2017 a spate of killings was traced back to malicious rumours relating to the harvesting of child organs which was spread across the WhatsApp service. It is a safe bet that many of those participating anonymously in the lies that led to the deaths of the innocent were not brought to the attention of the law.

Trolling is a serious problem across ever single internet platform where people are allowed free access. In the main this involves low level harassment but it can escalate into serious targeted abuse. Both the parents of missing child Madeleine McCann and murdered child Sarah Payne have been subject to hateful trolling campaigns. Another repulsive individual was jailed for posting hate on the bereavement pages of dead children.

The internet is used most sickeningly for anonymous perverts to exchange and sell pictures of and relating to child abuse. Key to remember that it is not use of the internet but anonymous use of the internet that facilities this crime. How many perverts would abuse children and publish their despicable photographs if doing so meant doing it publicly under their own name?

Fake news is spread by bots.  Anonymous websites publish libellous and hateful articles in the confidence that one individual defaming another cannot be brought to justice. A diet of published untruths by people unwilling to put their name to it is has indoctrinated social media users across the world. We have seen a rise in Anti Vax campaigners, people who genuinely believe – as a result of the propaganda they have been fed – that vaccinations with harm their children. We have seen accepted science ignored in favour of flat earth believers and climate change sceptics. We have seen a rise in racism, anti-Semitism, homophobia and Islamophobia, all fuelled by lies and hate spread by primarily anonymous accounts.

I question whether the right to anonymous speech is worth the harm that is incurred as a consequence. It is my view that the time to fully regulate the internet will soon be upon us.  It’s frustrating as there are benefits to being able to speak openly. But until, or unless, people are willing to accept responsibility for the content they post on the internet we have no choice but to consider implementing the technology that will bring these deviants out of the shadows.