Usually when a Twitter account has a large number of followers it is because they are a high profile individual and frequently seen in the public eye. This rule of thumb is as true for haters as it is for any other Twitter account. Which is why the Twitter account of Amy Mek is such an interesting exception.

As of the day of publication Amy Mek’s Twitter account has 219,000 followers. That is a fair size Twitter account and you would expect this to reflect a person of high profile. Except Amy doesn’t seem to exist. Google her, you’ll see what I mean. Pretty much every reference to Amy Mek is related to the Twitter account she runs. Which is strange. There seems very little evidence of her existing off the platform.  She seems to be famous on Twitter… for being famous on Twitter.

And Resisting Hate are not the only people suspicious as to whether Ms Mek actually exists or not. The San Fransisco Examiner (who presumably have more funding and resources than us) investigated her but were unable to conclude that Amy Mek exists beyond Twitter either.

The SFE concluded that Amy is a bot and I think she probably is too. The account is primarily made up of standalone tweets that don’t interact with people which is usually a telltale sign that the account is automated rather than manned. The account tweets very similar people on a regular basis (mainly Donald Trump) and very regularly retweets itself too. Again it is hard to understand how an account with this kind of behavioural pattern could amass so many followers. Most followers on Twitter come from interactions with other accounts.

The plot then thickens. This article talks about someone who wanted to speak to Amy Mek and sent direct messages on a few different Twitter accounts. A few hours later all 13 of their Twitter accounts including those they had not messaged Amy Mek on had been suspended. Speaking as someone involved with an anti hate group, I know just how hard it is to get accounts suspended on Twitter. Even blatant hate tweets often fail to get a whole account suspended. Yet a couple of direct messages in this case was enough to get 13 accounts suspended.

Also note the picture. It has clearly been cropped from a group picture (to avoid the image being reverse searched) and she uses the same picture on both GAB and Twitter. She has never to my knowledge posted another picture of herself.

The news sources Mek tweets from are interesting too. She tweets links to obscure (though almost always Islam related) news stories all over the world. Given the fact she is posting multiple times each day it is simply not possible that she is coming across all those articles through normal news consumption. Again this suggests automated software picking up on keywords across numerous news sources and tweeting out. And – if you look very closely at what she tweets – a lot of the text above the links is very generic and has very little relevance to the link itself.

Then there is the content of the account itself. Amy Mek is not sitting on the fence when it comes to Islamophobia. This is a full on hater, a woman who doesn’t merely make the odd comment on Islam, she has devoted the vast majority of her 47,000 tweets to abusing the followers of Islam. She has openly posted tweets like these for example:

So why isn’t she suspended? Why when Twitter have openly said they plan to crack down on hate speech have they chosen not to suspend one of the most prolific speakers of hate on their platform?

There is definitely a mystery to this one. Who exactly is Amy Mek and why are Twitter so reluctant to ban her? 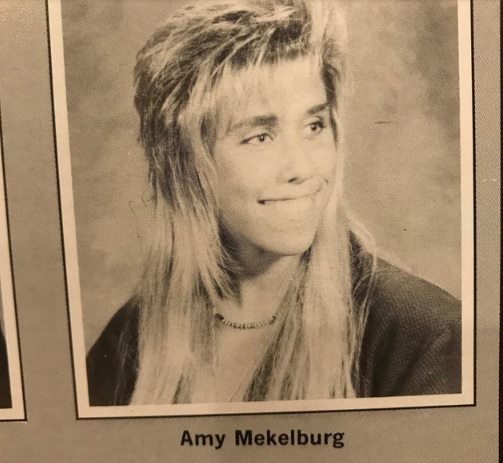