I was on Twitter this evening (yes, it happens sometimes!) and happened across the following tweet. The Bluehand logo, for readers who are unaware, is a warning sign that the account is run by a racist idiot.

Sure enough, the tweet in question was implying that we, the British taxpayers, were subsidising the lifestyle of this Muslim family. A little fact checking ensued…

Google has a handy image search function, if you’re browsing in Chrome simply right click an image and choose Image Search. The results for this particular image were fascinating: 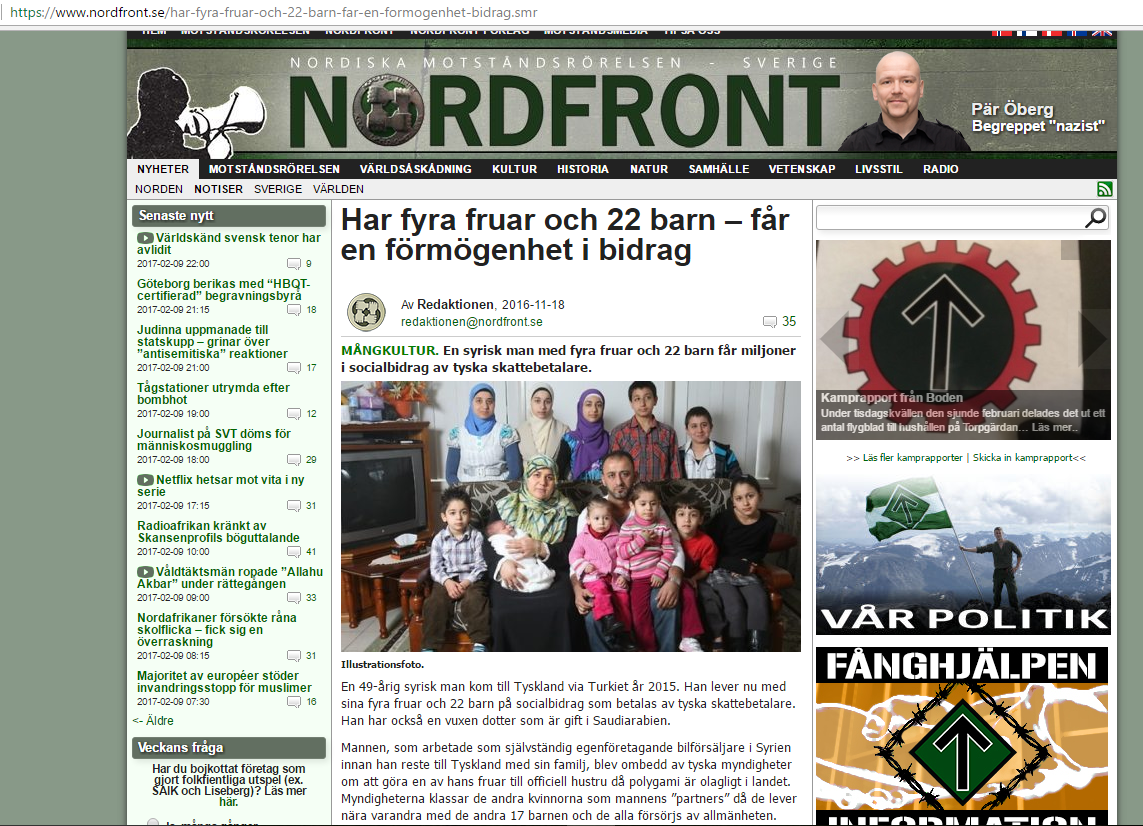 Here on this Swedish right-wing website he’s referred to as a 49 year old Syrian, who arrived in Germany (via Turkey) in 2015. 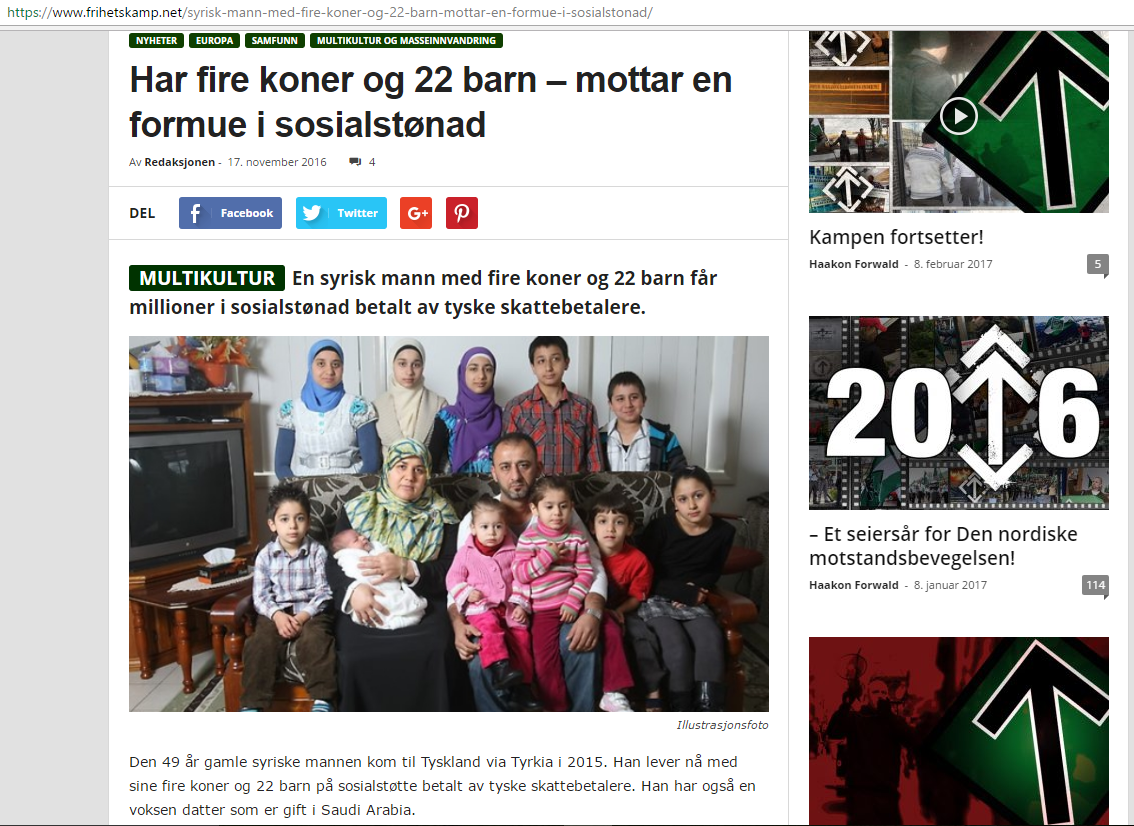 Without any apparent sense of irony, some Australians really object to immigration (they tend to be the ones who don’t like the native Australians who were massacred by the European settlers). Here, published a couple of weeks before the above posts, the same family photo is used to illustrate why Australians shouldn’t be supporting refugees. In fact they go one huge step further, and suggest sterilising them on arrival! In the name of Freedom, would you believe? 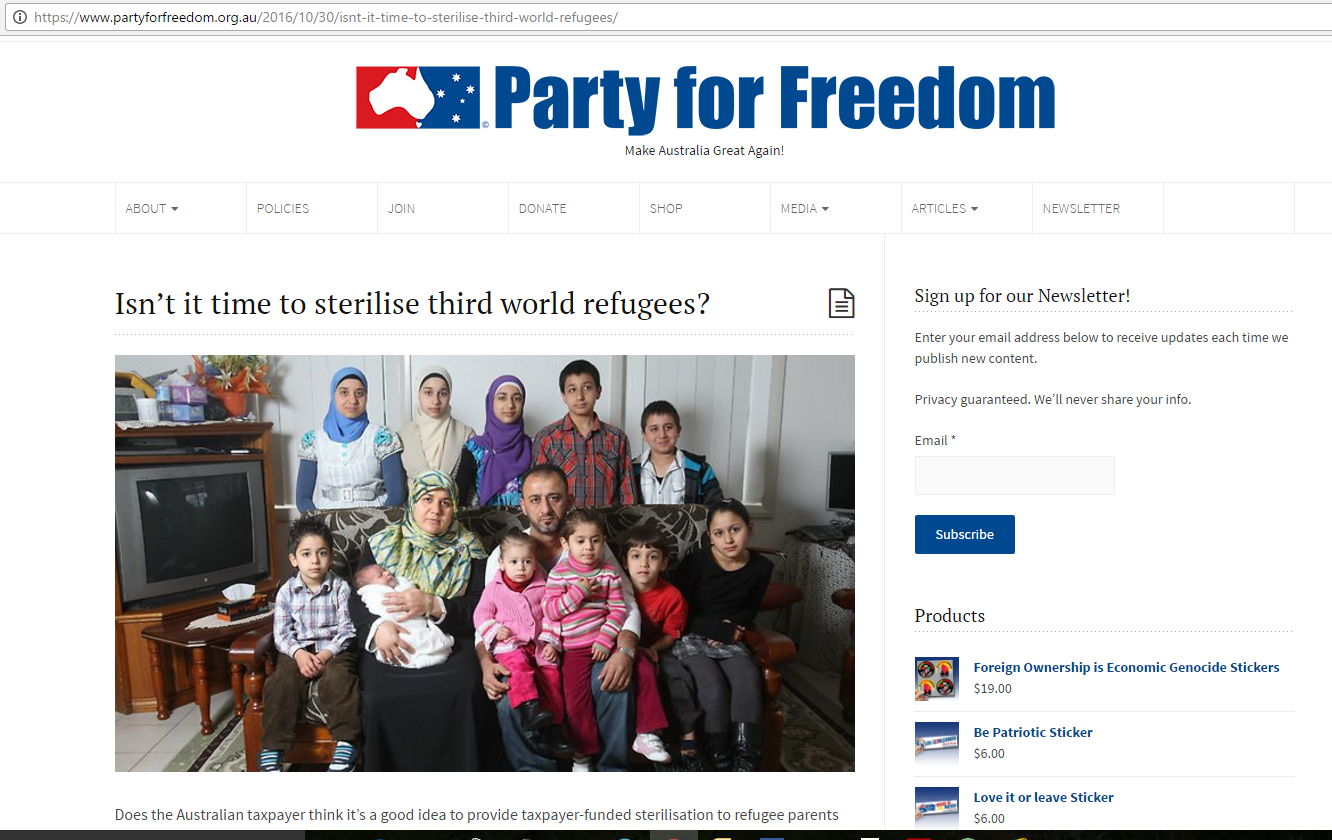 Stepping back in time another few days, here we see the same image used, again, to illustrate this so called Syrian refugee, who is apparently receiving around €390,000 per year in benefits (yet strangely still has a 90’s CRT TV set?) This time the website in question is barenakedislam.com, a clickbait and fake news site devoted to spreading hatred of Muslims. 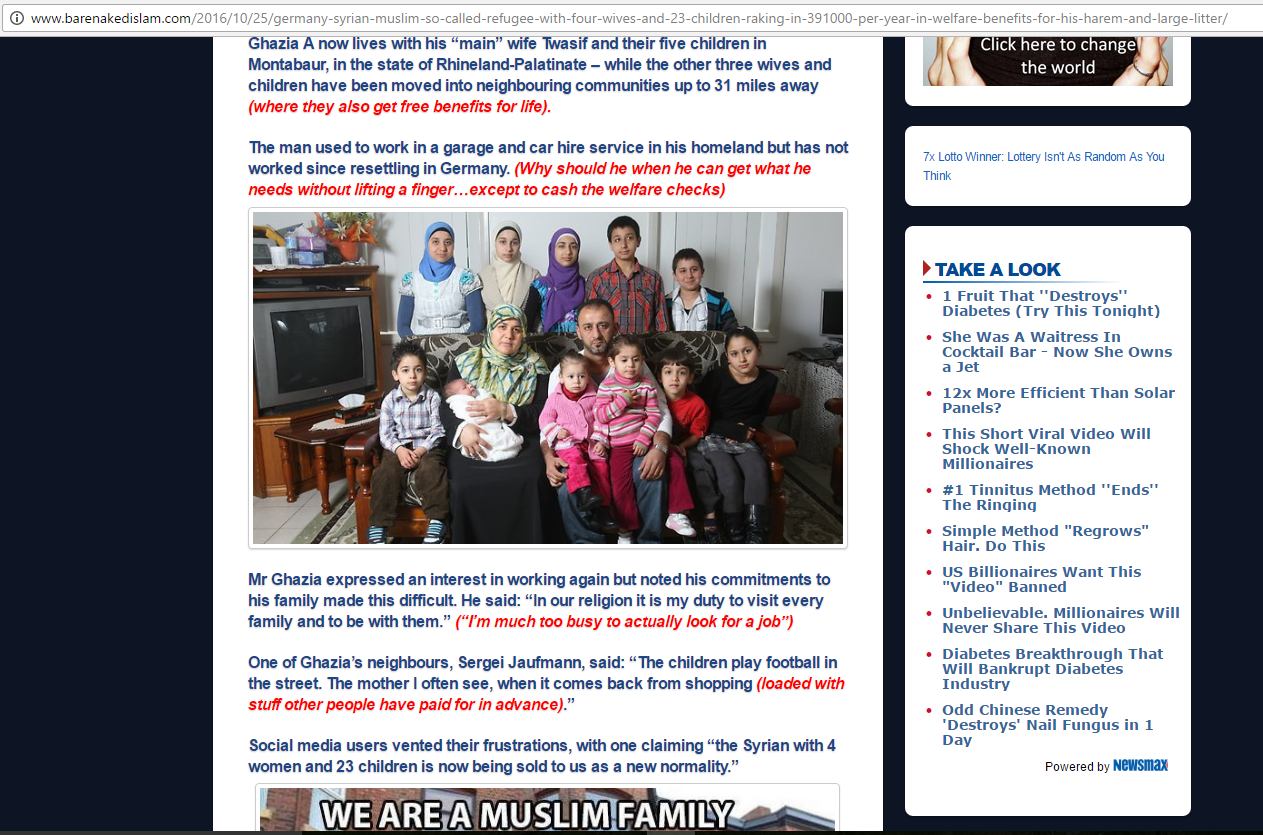 Something strange now happens, I’ve been posting these photos in chronological order, with the most recent first. Remember our Syrian, who came to Germany in 2015? Well, somehow he travelled back in time a few years, to appear on a blog post dating back to 2013. How bizarre, almost as if somebody found a photo of a large family on the internet and just used it to embellish a story that may or may not have ever happened? 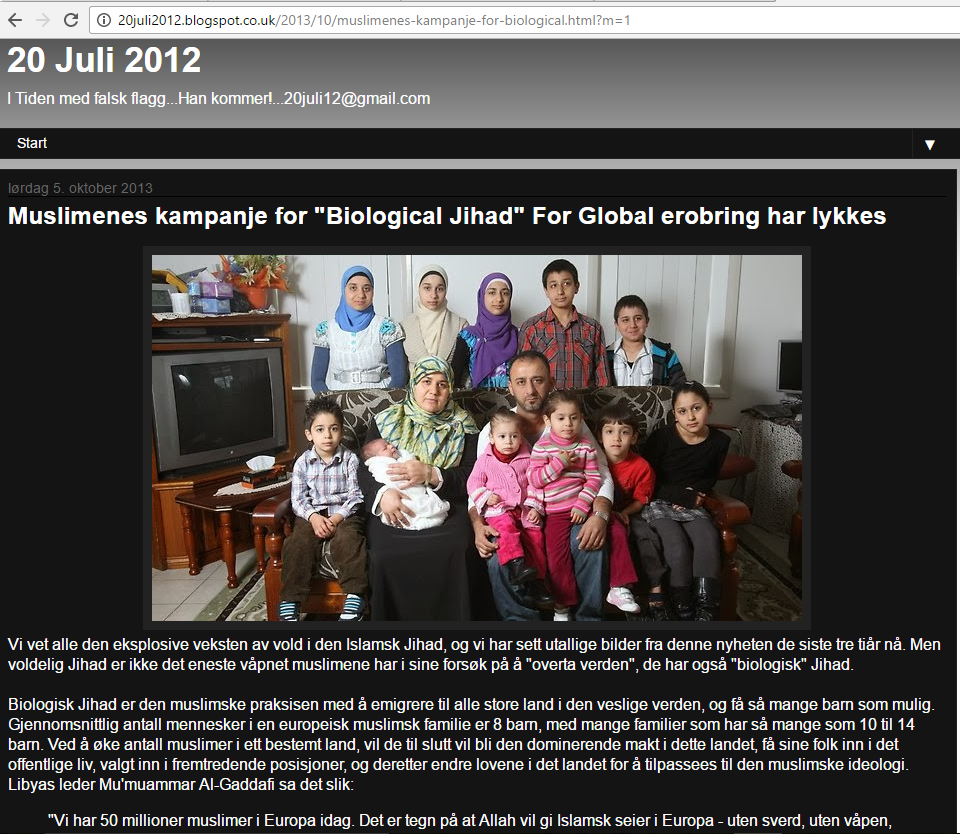