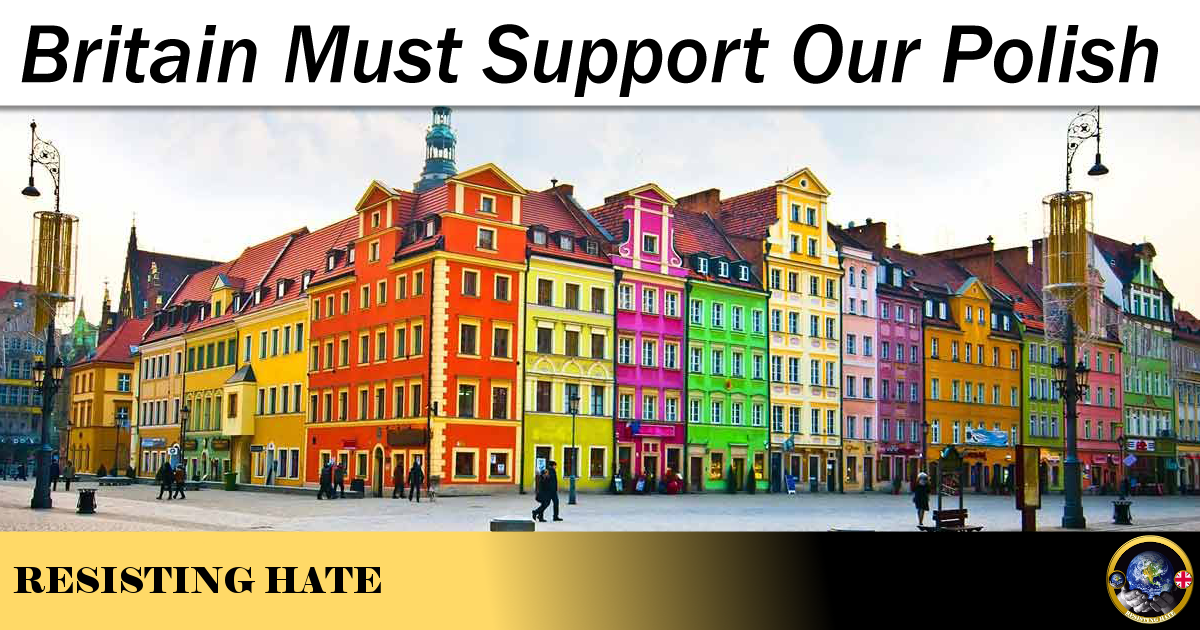 The attack on Polish gentleman Arkadiusz Jozwik by a gang of teenagers in Harlow last week shocked the town and sent tremors through the wider UK Polish community. Initially reported as a random attack the media quickly turned to speculation this was a hate crime, a deliberate act of racist violence and further evidence of the growing divisions between UK communities.

Alongside many other minority groups in the country, abuse and violence toward Polish people intensified after the Brexit referendum. The Guardian reported that anti Polish attacks have increased five fold since the referendum and the almost daily reports of incidents targeting Polish people back this statistic up. In Cambridgeshire only hours after the referendum result the Police were already investigating a spate of incidents involving signs saying “No more Polish vermin,” which had been plastered across the town.

The Polish ambassador Witold Sobkow called upon all Polish nationals to report incidents including threats and xenophobia to the Police and has spoken openly of the importance of not allowing this hatred to fester within our country. But it is important to question how the hate toward Polish people has ever managed to grow in the first place. When we consider the contribution the Poles made and continue to make to our country it seems barbaric that the British nationals should turn on those who have given them so much.

The positive history between Poland and Britain was cemented in World War Two with the Poles contributing the fourth largest number of troops to the Allied cause. 43% of all intelligence reports that reached Britain were from Polish secret services. Later in the Battle of Britain it was a Polish flying squadron that claimed more enemy lives than any other Allied troop and it was a Polish man (Josef Kosacki) who invented the mine detector which saved many lives during the war effort.

There are somewhere in the region of 850,000 Polish nationals in the UK today. As reported in the Financial Times these citizens, together with other immigrants from Eastern Europe, paid over twenty billion pounds more in taxes than they received back in any form of benefit in the period 2004 to 2011. The British Government’s own data supports this in a report published by the Centre for Research and Analysis of Migration (CReAM) at University College London which stated immigrants arriving in Britain post 1999 were 45% less likely to claim benefits than people born in Britain. The conclusion to be drawn is that Eastern European migrants including those from Poland are having a very positive effect on the British economy.

A lot of the hate rhetoric surrounding Polish immigrants has been the accusation they “Take British jobs.” Some interesting statistics were published on this by the Independent – In 2004 approximately quarter of a million Polish people entered the UK. Yet in that same year unemployment figures dropped and advertised jobs increased. This would suggest that Polish immigration had little to no negative impact on reducing jobs for British workers and that in fact their contribution to the economy overall meant more jobs were created to support British workers seeking employment.

Even Boris Johnson, leader of the Brexit campaign endorses the need to retain our Polish immigrants. On a recent visit to Warsaw he was reminded by the Polish foreign secretary of a phone call in which he stated “Whatever you do, don’t take them [Polish people] back, Britain needs them for its economy.”

Demonising our Poles as with demonising any minority group in Britain is not the answer to solving the problems of the emerging culture of discontent. As long as our media continues to print that the struggles with our economy are down to immigration we will continue to have a problem with racism. The only way to fight this is to do as I have done here and educate people about the true value of those who come to our country, support our economy, live in our communities and are willing to stand by our side at times of national peril.