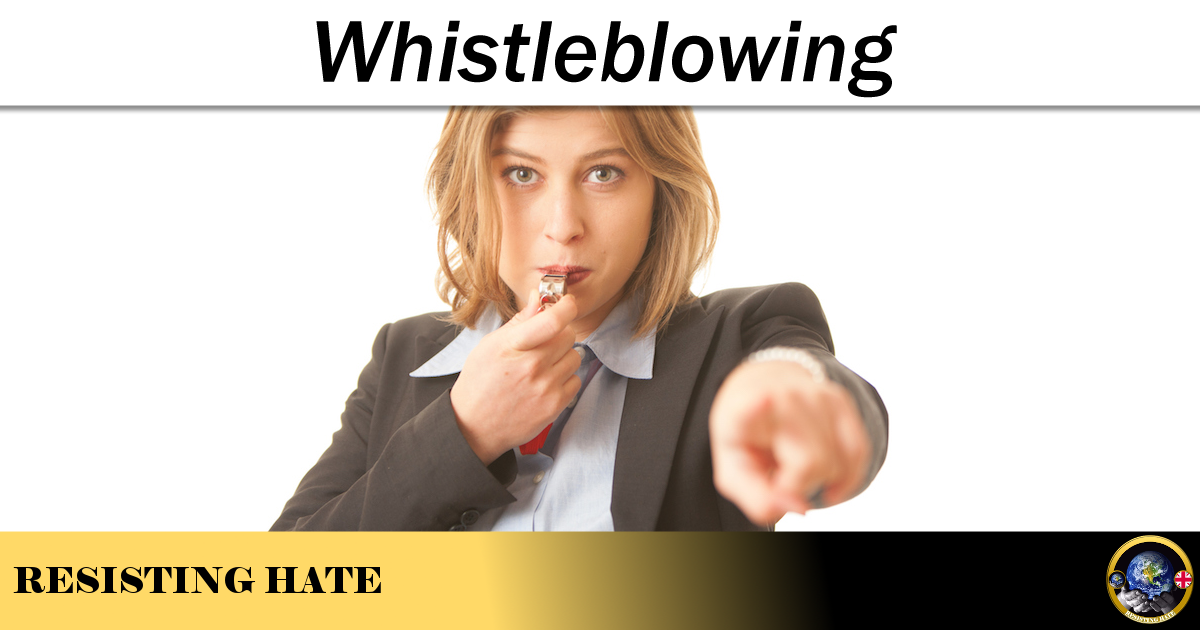 Much has happened since Manchester, some of it life affirming, some of it depressing. Most normal, decent humans can at such a time set all else aside, even if temporarily, to give their heart, mind and soul to the victims of such an atrocity. Yet, we know this is not always the case and a few seem to exhibit a Pavlovian response upon hearing of Terrorism, Child Sexual Abuse and Rape.

There is no need here, due to many fine writings by a number of charities and organisations, to highlight the issues around rape, but it’s pertinent to say that the ‘guess the offender’s ethnicity and religion’ brigade is, to most, repugnant. It is hard to remain positive in such a climate and the reminder that empty vessels ring loudest is a valid one. One such vessel is Stephen/Tommy Yaxley/Robinson. A large vessel, or rather an empty vessel with a large following, a seemingly busy conduit for … what I am not exactly sure. When he goes home to his family and he’s asked, ‘What did you do today Daddy?’ we might wonder at the ensuing bedtime story. A large following, yes. But a loyal one?

The Twitter sphere is different from real life as can be evidenced by actual attendance to Tommy’s events which is comparative with his bed fellows Britain First. Much of SteTom’s time seems to be with wannabe hack Caolan Robertson, so with such a limited social circle it is unsurprising most of his time is spent on Twitter. Prior to Manchester SteTom and CaRob were admonished by the Great British legal system for doing what professional journalists would never do, namely risking a rape trial by breaking the law regarding attendance at court and reporting of cases. SteTom had adopted a cause, a young woman having already been subjected to male violation, not unlike Chelsey, sister of SteTom’s former EDL pal. SteTom, like Nuttall recently, seems to ignore boys, men and victims of white CSA or Child Sexual Exploitation.

Let’s try and be charitable for a moment and give SteTom the benefit of the doubt that he cares about women and girls. Let us be charitable and forgive his ‘previous’ for an incident involving a former girlfriend, and his violent past. That is until we look at his online behaviour. Consider these tweets:

Online sexist behaviour at its worst.

SteTom has also publicly denied the pain of the ever growing male victims of Child Sexual Abuse within football, the bravery of which has created @TheOffsideTrust. Unlike the NHS sport and schools those associated with sport have no legal obligation to report abuse. There is no mandatory reporting. Imagine then the sacrificial bravery of whistleblowers who, knowing the risk, often losing everything, do the right thing and speak out. Speaking out from within a community, or institution, when there is wrong doing is the bravest and most selfless thing to do. Horrific then that SteTom referred to someone whistleblowing as ‘a snitch’ and tweeting like a grass’. 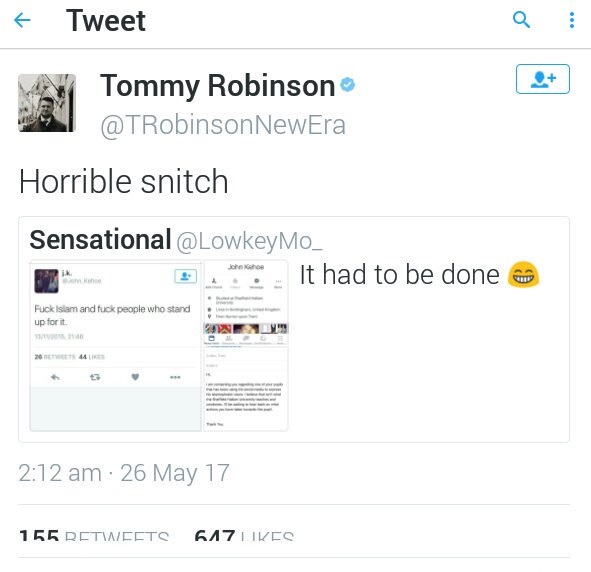 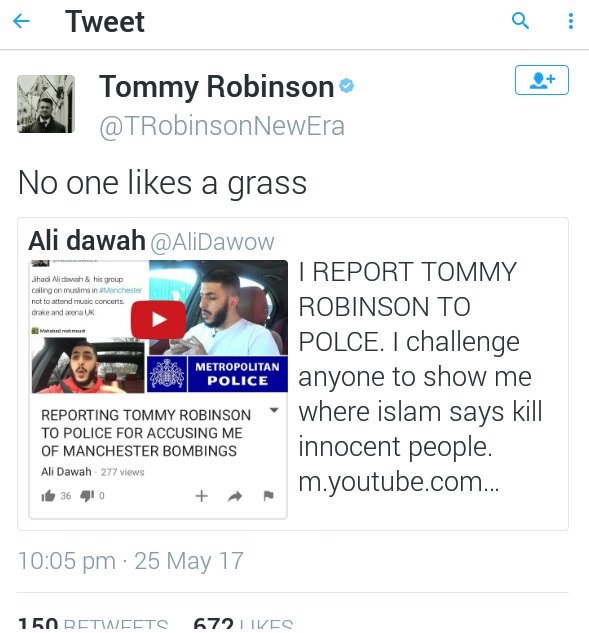 I wonder what is being done to ensure Yaxley-Robinson’s children aren’t radicalised? After all he tweeted, in the paraphrasing of Bryan Adams, ‘Everything I do, I do for you’. So, what is this ‘everything’ SteTom is doing for his real life family? It must be asked if his behaviour both on and offline is a form of coercive control. His online ‘family’ comprises considerably of the most malleable; those who follow without question; those who are either incapable of questioning, or don’t know how to, or are too scared. Recently an everyday tweeter reported SteTom for inciting hatred which he then promptly retweeted (the Twitter equivalent of unleashing the hounds) causing a ‘pile on’. This of course is an internet version of thuggery that is indicative of a lack of intelligence to debate with reason.

Various groups have tweeted SteTom sharing accurate facts and statistics with regards to the ethnicity of sex offenders. But accuracy is a clear contrast to SteTom’s recent ‘The religion of peace again’ tweet put out after an incident when two Muslim women were attacked by a known white supremacist. It seems that despite these facts from bona fide sources SteTom and his fanboys simply refuse to believe what is before them. This blind acceptance is dangerous and is something SteTom capitalises on, much like coercive control; almost a form of ‘grooming’ in itself. 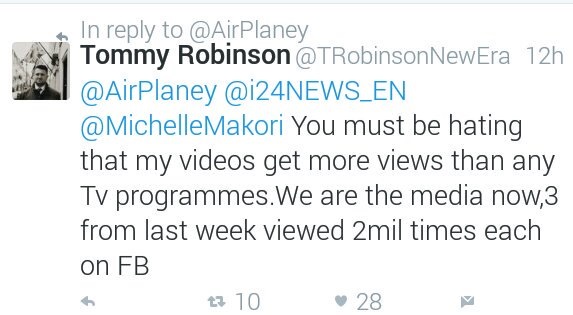 Back to whistleblowing – or grassing and snitching as SteTom calls it –  If you ‘see something – say something’. This is as important online as it is offline.  Plenty do of course but, just as in the real world, the body or authority to whom the whistleblower whistles must act. Come on Twitterati, get reporting – and Twitter do you really want to be an enabler?

Finally, to all victims of rape; Child Abuse; Child Sexual Abuse; Child Sexual Exploitation; Domestic Violence; Grooming and Coercive Control regardless of your gender, sexuality, religion, ethnicity or skin colour – you are believed, you matter and we are blowing that whistle for you because you were ignored; we will not allow you to continue to be ignored; you are important, you matter – regardless of who harmed you.