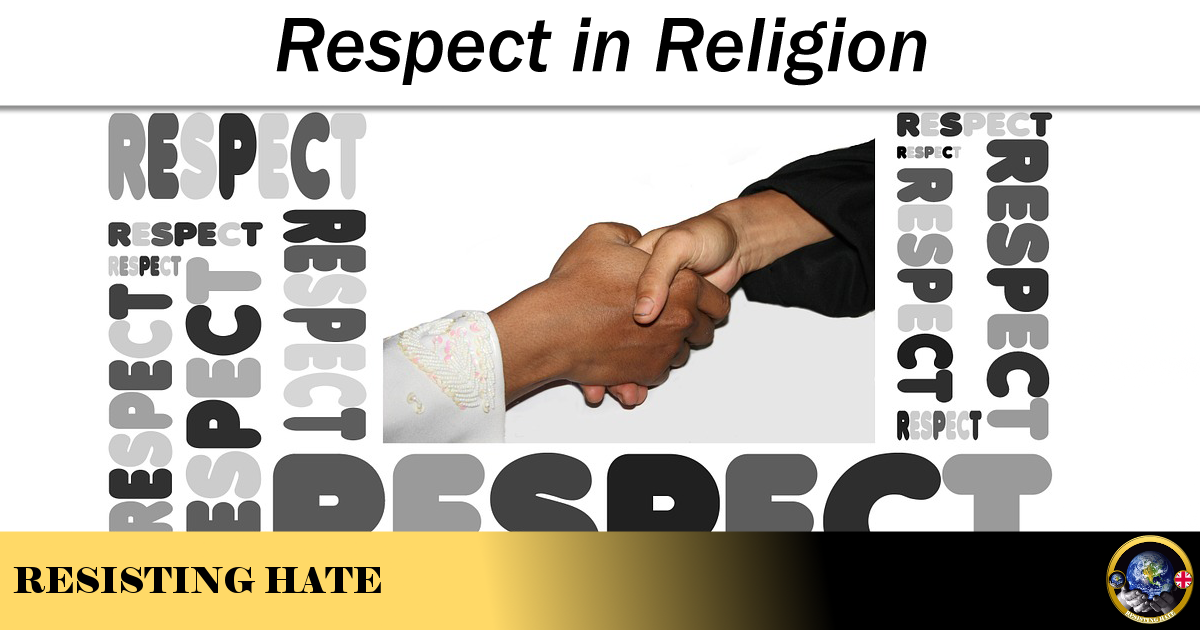 Respect – we all know about it and we all know what it is. But there are too many people who don’t use it. People who do not believe in the importance of treating their fellow humans in the same way that they themselves would like to be treated.

Sadly, a lot of people do not just lack respect for others, they go out of their way to demonstrate disrespect for others. We regularly encounter individuals who disrespect people for the colour of their skin, their faith, appearance, health, social class and many other discriminatory factors.

We cannot be certain why they do it and frankly it beggars belief that some people think they have a right to disrespect others, yet go around like a mad Gorilla pounding its chest or Popeye post can of spinach as they demand respect for themselves from everybody they encounter.

These fragile souls are the kind of people I oppose on social media for their hate speech. Quick enough to run their mouths off when it comes to condemning others but incapable of responding to criticism or perceived ‘disrespect’ toward themselves. When it comes to action they cry for back up or hide away. As with most bullies online haters are intrinsically cowards.

A lot of the hate posts I have seen recently have been directed towards Muslims. The haters often claim to be Christians (a good example being the self-proclaimed ‘Christian’ political party Britain First) but who usually lack any understanding of the Christian doctrine. The Bible tells us to love your enemies, to love thy neighbour and to treat others in the way we would like to be treated ourselves. The two Chuckle thugs who lead Britain First have entirely failed to grasp those parts of the Bible and instead have chosen to perpetuate a growing wave of Islamophobic hate and bigotry.

Then we have other prominent far right figures like Tommy Robinson, Jonaya English and various squeaky members of the English Defence League throwing around further abuse, making false claims and using fear mongering tactics to promote their agenda of division. Yet even while these very same thugs abuse and ridicule others they continue to demand respect for themselves, alongside their right to ‘free speech’ and the right to bully anybody who stands up to their extremist values.

I recently carried out a survey for the purpose of this article. I asked a random selection people of various faiths about what Respect meant to them and their religion.

These were some of the responses from Muslims:

It was clear from the Muslim responses that their religion (although much maligned by the far right) is one that values respecting all individuals, both followers and non-followers of Islam alike.

The responses from the other Abrahamic faiths – Christianity and Judaism were very similar.

These were some of the responses from Jews and Christians

Christianity teaches that the way you judge others and the method you use, will be used against you by God upon your death.

I learned from my survey that all three Abrahamic religions teach the same thing – love. To love one another regardless of faith and skin colour.

At the core of all these three faiths was the concept of respect – to love and value fellow human beings even when there are differences between beliefs and the way people view the world.

The far right rail against Islam and Judaism (and hate toward Christians is slowly creeping in) but these faiths stand for the very values in society that the far right have rejected.

The tactics to divide by pitting one faith against one another to cause friction will not work. It is not religion but hate that judges others.

This is why we should have Respect it and use it.

Without Respect for one another, the world is doomed to become a place of misery, hate and anger and suffering.