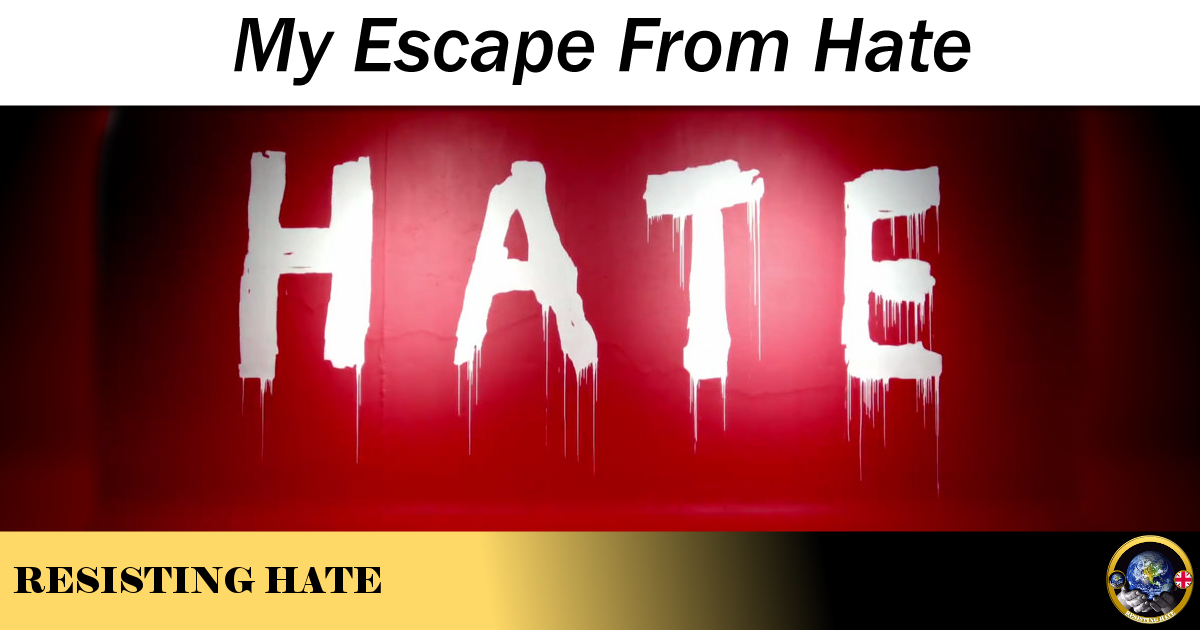 An article by one of our members

I must admit, I never used to be the person I am today. Only a short while ago I was mixing with the sort of people who held divisive and racist views. I was heavily influenced by them, seeing as I saw them as friends at the time.

But as I started watching films like Django that challenged my cultural perceptions and as I began chatting with people on Facebook from all over the world who were willing to share their stories with me, I began to realise how wrong I was to judge people and I began to see clearly the negative influences they were having on me. And I thought, this isn’t me at all. I’m a far better person than this.

Religion is heavily bad mouthed in the media by the far right. Islam in particular has had a great deal of venom and hate slung its way. This makes me angry as I do not feel that Muslims and followers of Islam deserve the hate that is thrown at them.

I have Muslim friends, I took the time to get to know them. Every week, I chat to one about our love of football and the team we both support. He’s extremely friendly, and doesn’t judge anyone who follows a different religion to himself.

I don’t understand why other people can’t do the same and make the effort to get to know people of different faiths instead of listening to the far right propaganda which only serves to incite religious hatred. I’d be willing to bet that none of the people who claim to know so much about Islam as they preach against it (Jonaya English, Annie the Greek, Tommy Robinson, Jayda Fransen, Anne Marie Waters, Paul Golding etc.) have ever bothered to actually get to know anyone from their local Muslim community.

My local Mosque has open days where they invite the non-Muslim community inside. This clearly shows locals that the attendees of the mosque care about being part of a community and that they don’t judge others who may not practise the same faith. This openness is something that the media fails to address and the far right always fail to mention.

To Tommy Robinson and others who falsely claim the Islamic faith preaches hate and death to non-believers, I challenge every single one of you to do your homework and get to know their religion. And not by a pointless line by line textual analysis of scripture Robinson but by actually going out and talking to the people who live their faith on a daily basis.

Are there bad Muslims? Yes of course there are, there are bad pennies in any community. But the lesson we must learn is not to judge the peaceful minority by the acts of a disruptive minority. I remember years ago I was at a train station and the train was delayed due to a Jewish person jumping onto the line. Did I judge all Jews by the act of one disturbed individual? No. I did not.

There are Muslims in our NHS saving lives every day. But even these acts of humanity are mocked by the far right press with hate media making ridiculous claims such as Muslim nurses refusing to wash their hands before surgery. People believe what they are told and these lies create further divisions in our society.

So why are people abusing Muslims? Why abuse any religion? Let people believe what works for them in peace. Even if someone does knock on your door trying to force religion down your throat (and very few religions try to convert people in this manner) don’t abuse them for it. Just simply say that you respect their rights to religious freedom but you don’t want it on your doorstep and wish them a good day.

Instead of judging a religious group by what the likes of Britain First and Tommy Robinson tell you, take the time to know the people. Greet them, wish them a good day.  Show them the support they deserve. Show them, you don’t judge them and tell them to be proud of who they are.

Greet a person of different beliefs or culture, show them a friendly face. Make them smile, make them laugh. Instead of believing the crap the far right are spreading, do what I did – take the time to get know people for yourself and make your own mind up.

The far right will never know what respect means because they are blinded by their hatred and fuelled by their desire to oppress. But people like us, who accept others for who they are will break down the barriers of hate and help communities to unite together despite our differences.

We will show the minority groups in our communities that not everybody is a narrow hate minded fool and we will welcome respect, not hate into our hearts.

I have stopped contact with all the negative influences and I have moved on. I started chatting with all kinds of people, calling out racists and homophobes and I found a better use for my time in the world.

This is the person I truly am. One who looks out for others and defends those who need it. I’m glad I turned it around when I did, otherwise I may have ended up like most people in the far right, brainwashed to the extent they won’t listen to reason.

I am ashamed of how I used to be, and I’m very disgusted by it. It is a past I’m not proud of. But it just shows, how easily influenced you can be by people who embrace hate in their hearts.

Not me, never again.

One thought on “My Escape From Hate”