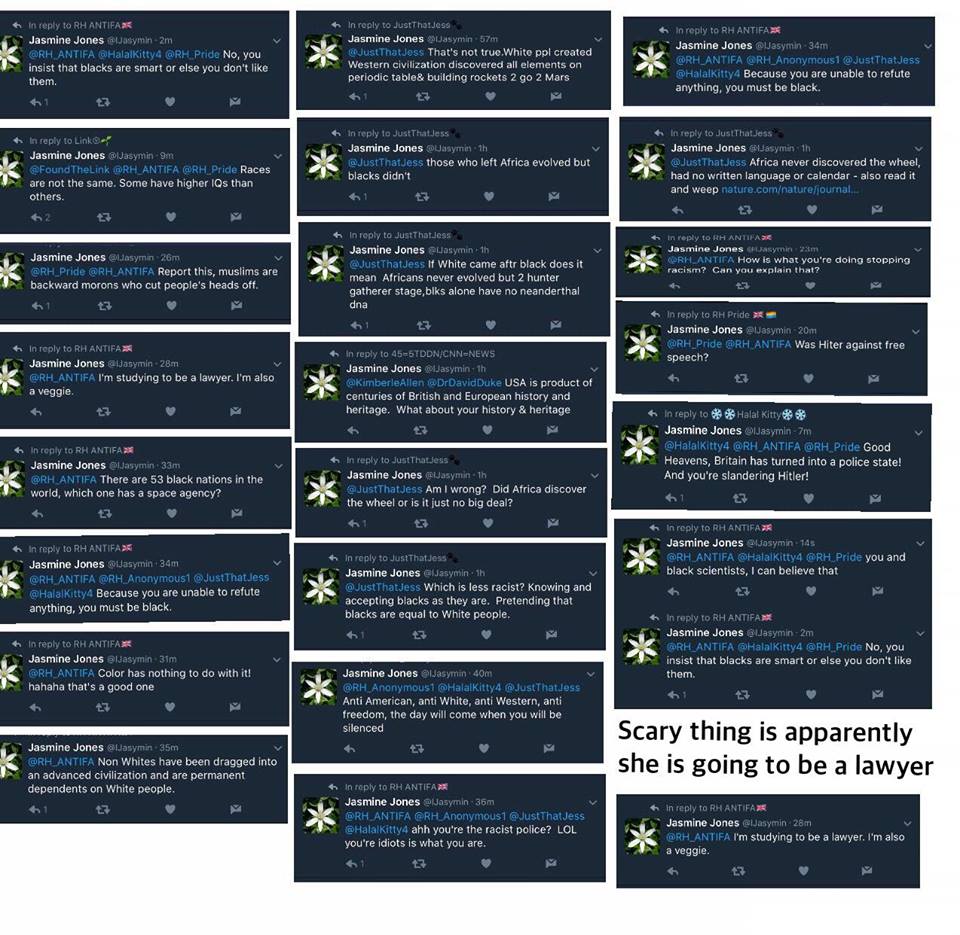 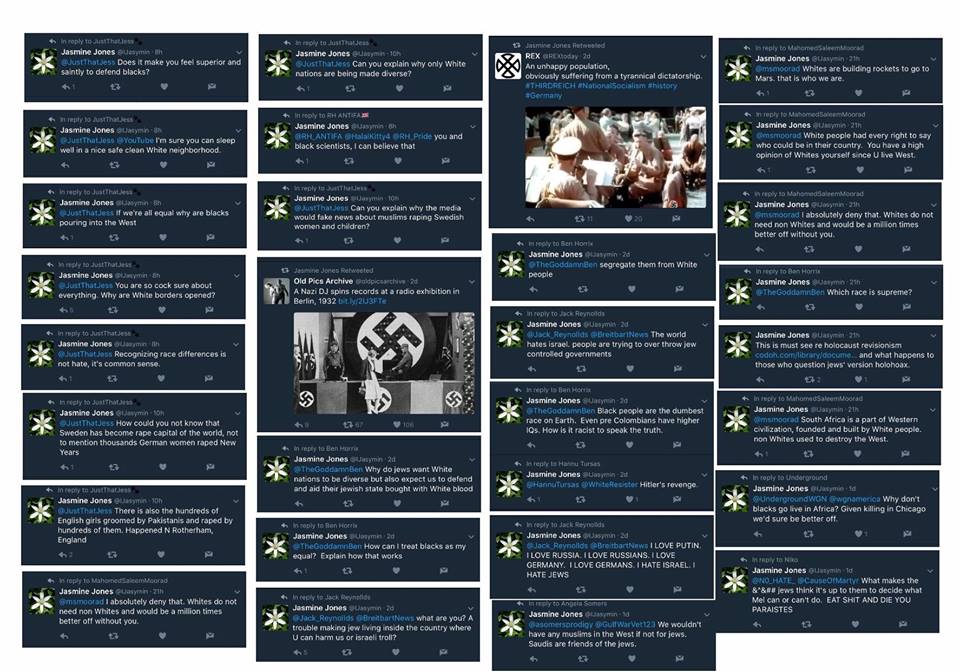 As a group, we aren’t just against anti-Islamic hate, although there’s so much out there that it seems to take up most of our time. We also deal with hate from other avenues. For example, racism, homophobia etc…

This delightful person we encountered while they gave people abuse for supporting people regardless of their race. They maintain that “coloured people have a lower IQ and are a drain on the world” and “black people share more DNA and traits with bonobo chimps than white people”. Clearly this idiot fails to realise that their rancid racism shows that they’re a poorly advised and stupid individual.

While my friends and colleagues were discussing the shortcomings of her views, I had a look at her Twitter timeline and ended up reporting nearly everything I found.

Not only is this woman a racist, something that she seems to wear as a badge of honour, but is also a raving Holocaust denier and blatantly antisemetic. Then I also looked at the posts that she shared as well as the ones she had written. I discovered lots of photos of Nazis from the WWII era, lots of posts supporting National Socialism and how she loves their ideals etc. I therefore have no reservation in stating that she is a Nazi, pure and simple. I have failed to find a single positive aspect to her character based on all the details I’ve uncovered.

I’ve attached screen shots from her online rants on Twitter, there’s so much more on here, Twitter etc but I really couldn’t stomach actually seeing any more of her mindless stupidity and pro Nazi rhetoric.
I’ve ended up reporting 99% of her posts as they are all a mix of her own hate speech or her chatting publicly to her friends and inciting racial hatred, which is against Twitter Terms of Service. I’m hoping that by doing so we could get her account removed and keep on going until she has no platforms on which to spout her ignorance and racism.