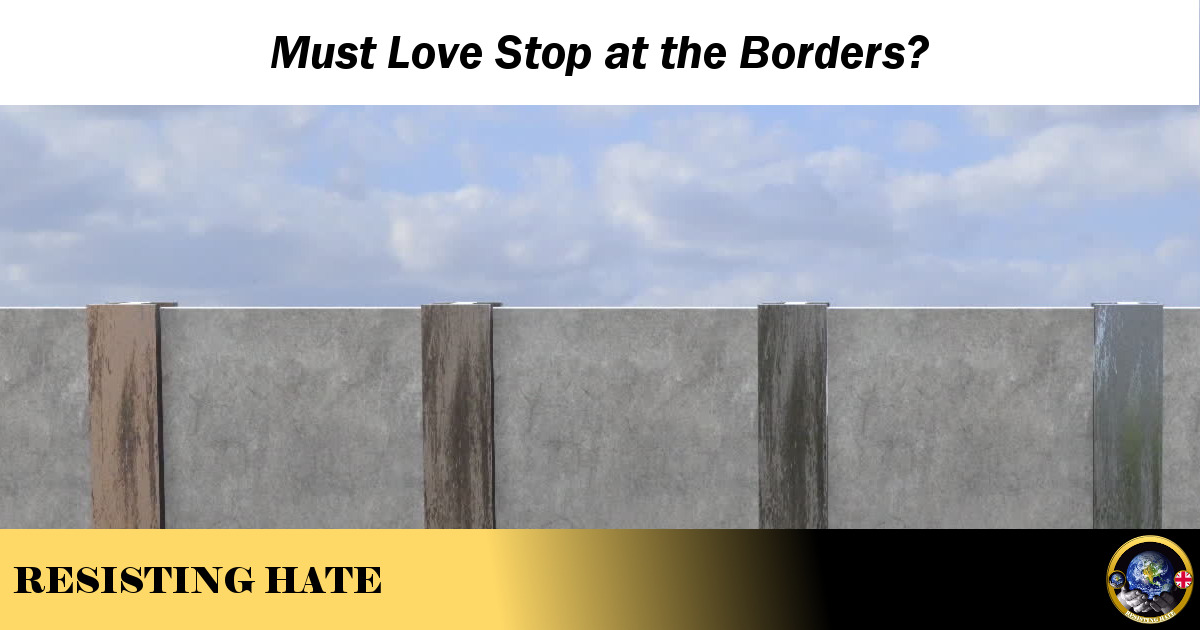 Article by one of our members discussing the dangers of egotism

Awarded the Presidential Medal of Freedom by President JFK, Pablo Casals was a Catalan cellist and composer. He recorded and conducted a wide range of pieces in his lifetime and became well known in particular for his interpretations of Johann Bach.

However I personally feel that the greatest thing Casals composed was his expression of attaining and maintaining world peace when he stated: “The love of one’s country is a splendid thing. But why should love stop at a border?”

Borders are the leading cause of division; be they on maps, physical boundaries or intangible mental walls (Usually as high as racists’ IQ scores – so not so high and definitely crossable!)

Why should love stop at a border? Does love for a significant other end at the doorstep on the way to work? Does the love of the mother for her children end when they leave for school? Does the love for ducklings end when the mother duck leaves the pond? The answer to all these questions is a bold and simple NO.

Human mercy and genuine love for one another is endangered, possibly soon to become as extinct as the dinosaurs. When we insist on creating boundaries and borders as a condition for loving others, humans are forgetting the definition of the word that named our species – Humanity – to be humane.

We insist on hiding behind borders because as humans we are afraid of our differences. But there is a fine line between not understanding our differences, and not wanting to understand them. This line is called ‘ego’. Perhaps, the only Trump policy I agree with is his idea of building a wall. But, don’t get me wrong, I don’t mean the wall he wants between America and Mexico; but rather, a mental wall between us, and our egos.

I firmly believe that ego is the single greatest enemy to mankind. Defeat ego, and we will see humanity progress and blossom.

Ego is the thing that stands between unity and division. You defeat your ego; you begin to understand; you learn love and compassion, you become part of a whole.

Ego has nothing to do with position or class as history has revealed to us both humble kings and ego-driven warriors. Ego is a disease which corrupts the heart and, as a consequence, the individual. Continue to ignore it, and into a cancer it shall grow, thus inevitably corrupting the whole of society.