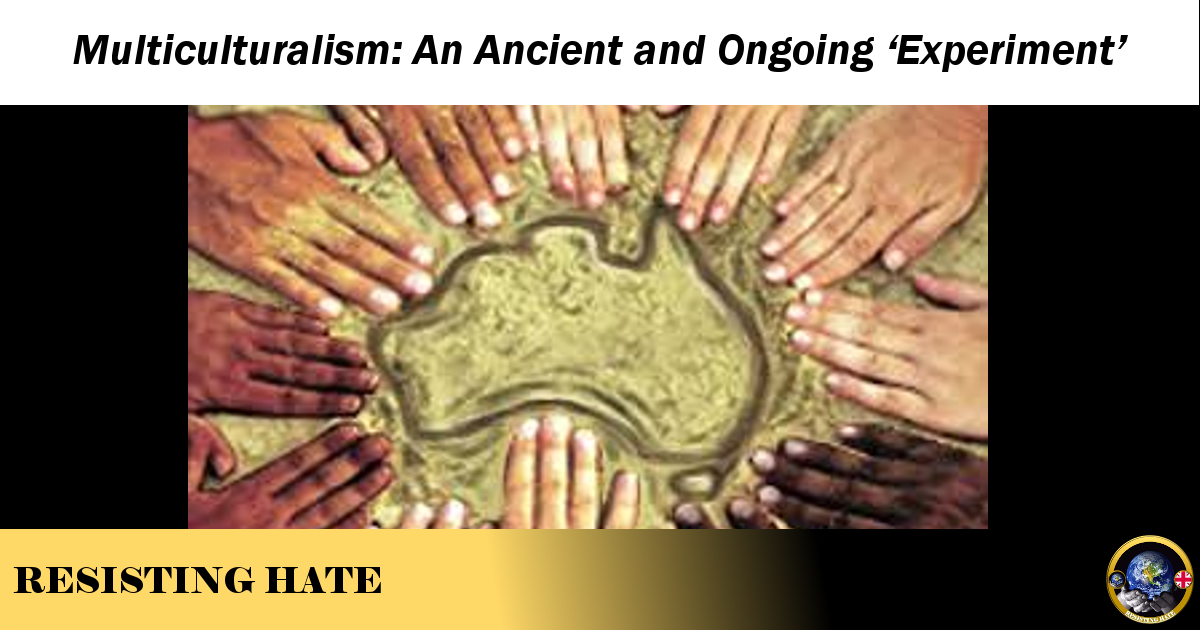 an article by Lee Clarke

Multiculturalism is the idea that many different cultures can live together peacefully in one society or country. Many countries around the world are now multicultural and include people of a number of different religions, beliefs, ethnicities and cultures within them. Our own country has become progressively diverse and people from many different parts of the world now live here in Britain.

Multiculturalism often gets a bad press as being a new-fangled concept of the modern age but the idea of different communities coexisting is not a new way of living and has actually been happening across the world for thousands of years.

In Al-Andalus, Islamic Spain during the Middle Ages, Muslims, Christians and Jews managed to create a thriving intellectual culture and diverse society. Adherents of the three faiths learned each others’ languages, adopted each others’ cultural traits and even married one another. By Middle Age standards this was an exceptionally tolerant society and proof that people from very different backgrounds can live together as one. See my article on Islamic Spain for more information.

The Silk Roads provide more evidence of multiculturalism throughout the ages, the vast trade routes sprawling across Asia and connecting cultures and nations as diverse as Greece, Egypt, China, Persia, Arabia and India. Many diverse peoples travelled these routes over the centuries and there was much social and cultural mixing. Soldiers as far afield as China and Rome encountered each other on the Silk Road trails.

The Silk Roads allowed the free exchange of science, art, literature, technology, religion and ideas. People immigrated and moved to different places, much as they do today and they influenced both individuals and cultures with new and rich external influences. Those who travelled beyond their own communities changed the world and served as testament to the fact that every culture has been progressed by others. Human civilization has advanced and developed due to the rich diversity of its many cultures and creeds.

Some people in Britain fail to appreciate just how many things we consider indigenous are actually from other countries. Our national drink – the humble cup of tea – crossed the seas from China. The primary religion of the UK, Christianity, comes from the Middle East and our national Saint, St George was actually born in the place we call Syria today.  Our country has been subject to influences from other cultures for far longer than many people realise. Both invaders and immigrants have graced our shores and brought their cultures with them. The best known examples of these would be the Romans, Normans, Saxons and Vikings.

One of the clearest indicators of cultural influences is in our language. The English language is a complex tapestry of words from all across the globe. On a daily basis we all use words from Latin, French, Portuguese, German, Spanish, Hindi, Greek, Sanskrit, Chinese, Arabic, Persian and many others. Ryan Sitzman lists some interesting examples of common words we have adopted from other languages in this article.

In Elizabethan times London, much like the London of today, was home to many different cultures. Living in the capital city were people from all across Europe. Many Protestants from overseas fled to England to take refuge from persecution due to their faith. Elizabethan England also saw a steady influx of Muslims who were invited into the country from Persia by Queen Elizabeth I. England had established a trading relationship and an alliance with the Ottoman Empire and many of the Muslims who came to trade in the country chose to make their home in England. It was this trade relationship that allowed the Elizabethan aristocracy to bedeck themselves in silks and pearls from Islamic Lands.

Over time, due to the acquisition of colonies and the establishment of the British Empire, more and more people from all around the world have called Britain home. This year we celebrated 70 years since the HMT Empire Windrush docked with the first group of Commonwealth Immigrants in 1948. Diversity has been present here for centuries, our country has been enriched by its cross-cultural influences and our history of welcome immigrants is something we should take great pride in.

Obviously there have been negatives to multiculturalism. There many documented cases in history where different cultures, ideologies and beliefs have caused people to fight against each other. I don’t believe that any society, in any part of the world can claim to be a ‘utopia’ because human nature just isn’t like that. However, I do firmly believe that despite our flaws as a species, humans have proved countless times that they are able to live together in peace. There is no community on earth that hasn’t been affected by outside influences and without multiculturalism, I highly doubt that human civilization as a whole would have progressed as far as it has.

We should celebrate multiculturalism and its contributions to not only our country, but our planet. Living in the midst of diverse cultures allows us to learn more about the varied traditions of the world we live in. With the invention of the internet we can now learn about places thousands of miles away at the click of a button or fly to different continents on a plane instead of having to walk thousands of miles like those travelling the Silk Roads would have had to do. The world is growing ever more interconnected and we, as people, are becoming more connected with one another. We are not starting something new by embracing multiculturalism, we are merely continuing something that we have experienced as a species for millennia – learning to live together, learning from each other and learning to appreciate the different beauties of the people with whom she share our planet.

Learning about our history and how ideas, traditions, art, foods, cultures and languages have spread around the world, influencing communities over the centuries have helped me understand how, as human beings, we have advanced together by finding unity in our diversity. As Albert Camus stated in his novel The Plague: “There is more in men to admire, than to despise

3 thoughts on “Multiculturalism: An Ancient and Ongoing ‘Experiment’”