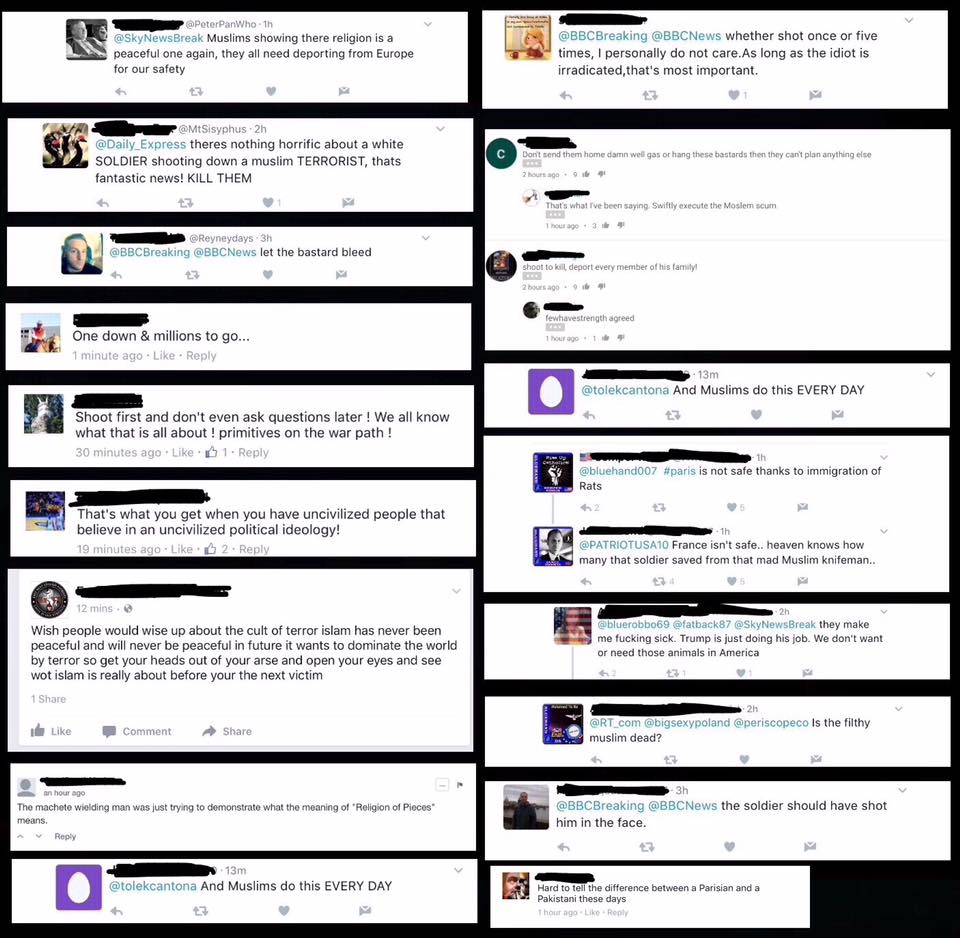 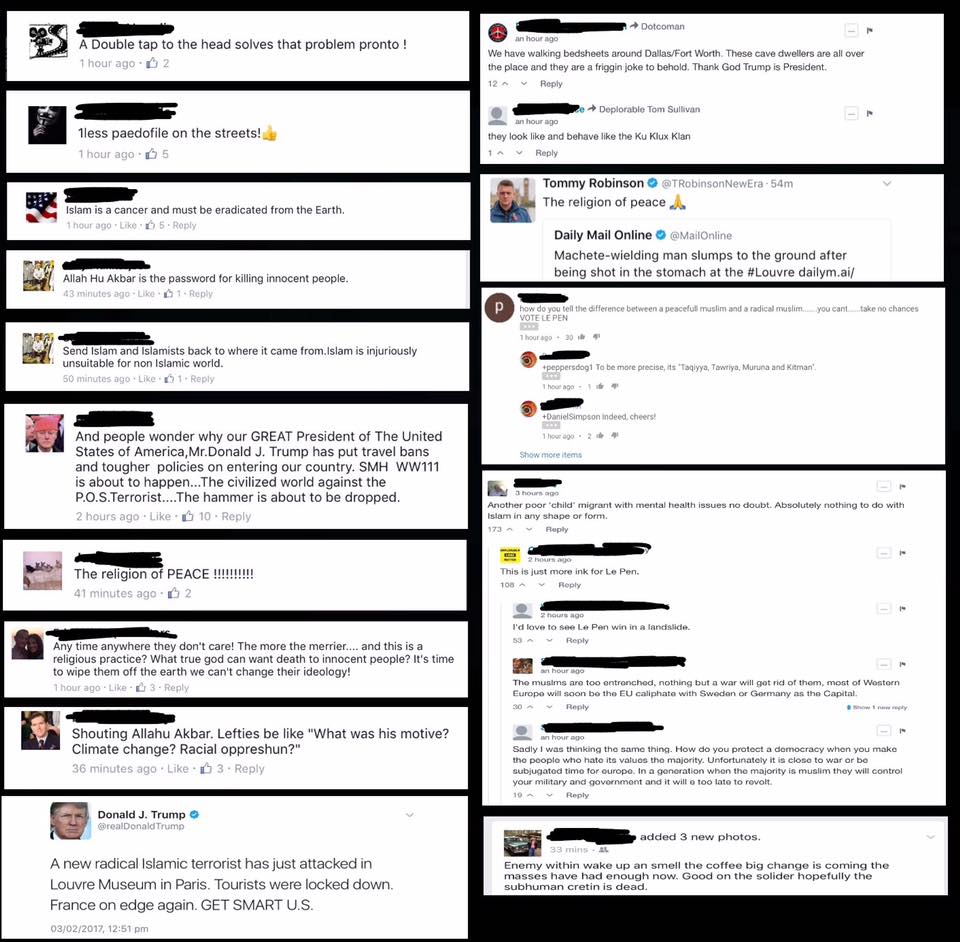 As you will no doubt have heard, there was an incident at the Louvre today which involved a man attacking a soldier with a knife, with the press now reporting he shouted “Allahu Akbar” as he did it.

As usual, this has brought morons out in force over various social media platforms. As you can see below, these not only deal with “Muslims” being the problem but also some comment that there are too many people from Pakistan in Paris along with the usual comments about people in Muslim clothes and more.

What gets me is that these people are clearly too self centred and stupid to realise that it is their actions which are partially responsible for what happens. Yes, I know that some people will be already radicalised without any input from bigots, but if your average friendly Muslim is wandering down the street or reading his Twitter timeline and sees abuse levelled at all Muslims, then it will be easier for them to be influenced by someone with an ulterior motive. This is the problem also with the actions that Trump is taking in America which is marginalising Muslims and normalising anti-Muslim feelings and abuse.

This is not ok. This is not what I’ve come to expect from people in the 21st century. We are supposed to be civilised people, we are meant to be open minded and have cooperation with people regardless of colour, faith or sexuality. We are also meant to respect the law regardless of the situation. If the man is wounded to neutralise him then he can be arrested and face their punishment as anyone committing a crime would…….not wishing someone was “shot in the face” regardless of their crime. The abuse levelled at people by narrow minded idiots really annoys me more and more every time I see it. There is no way that we should accept that this abuse is normal and that is why I do what I do in this group. We will keep on fighting against bigotry in all it’s forms.

Far from feeling let down by my fellow man, I will use this to dig deep and fight harder against what I know to be wrong. I will not give up what I do while people like these ones below feel free to spout their ignorance and I really hope that you keep fighting with us.