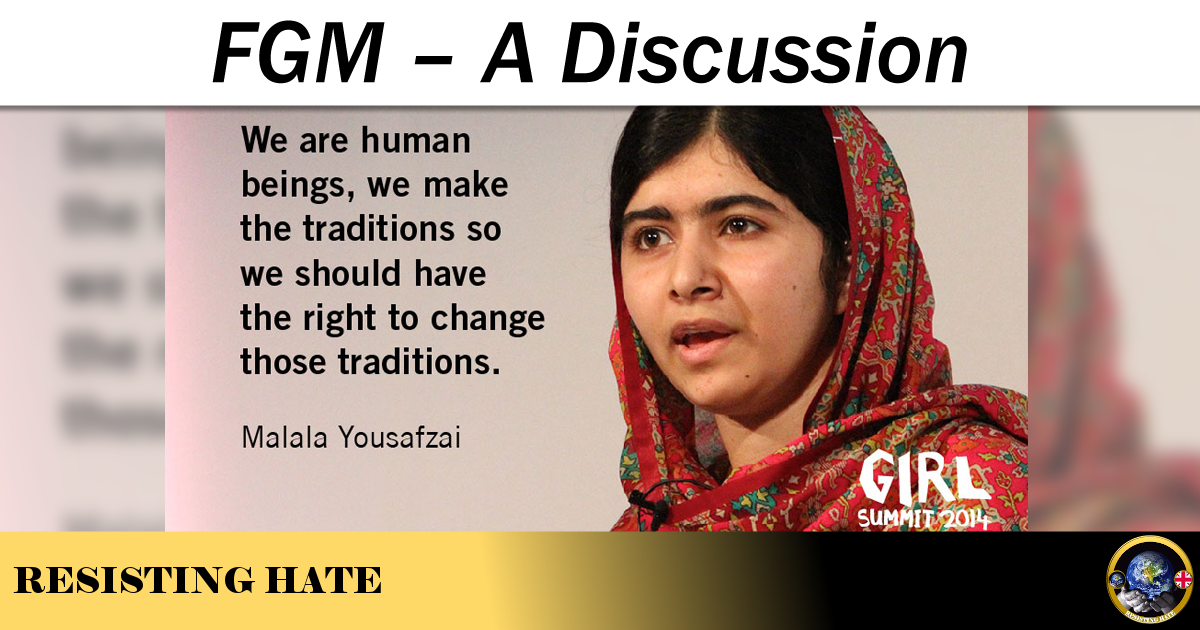 Wednesday, 8th March was International Women’s Day. A day to celebrate the social, economic, political and cultural achievements of women. A day to learn about the experiences of women across the globe and in history. A day to discover what we might do in our daily lives to work toward gender parity; to forge alliances; to come together to help forge a better working world – a more inclusive, gender equal world.

My time-line was awash with positive images and videos of women with aspirations: women in history leading political change in dangerous situations, women in developing countries providing for families in harsh circumstances, women in business breaking through glass ceilings…You get the picture. It’s all about what women can and should be aiming to achieve.

Breitbart went with FGM. – Female Genital Mutilation…..Ok…. Not quite what most of us had in mind but an important issue reflecting the hideous oppression of women, often in isolated parts of the world. Female Genital Mutilation (FGM), involves the ritual removal of some or all of the external female genitalia. Typically carried out by a traditional female circumciser using a blade, FGM is conducted from days after birth to puberty. Practices differ but may include removal of the clitoris and labia and sometimes partial closure of the vagina itself. FGM is found in parts of Africa, Asia and the Middle East and is prevalent in Christian as well as Muslim communities. FGM is a ritual of transition and inclusion and non-compliance with it can mean social exclusion. FGM can have a devastating impact on physical health, including continual bleeding, painful urination and urinary build-up leading to infections, cysts, infertility, childbirth complications and lack of sexual desire.

Unsurprisingly FGM can lead to emotional and mental health issues, particularly for young people and women during transitions or who may experience a sense of cultural dislocation. In 2016 it is estimated that there are 200 million women alive who have undergone this procedure. So how do we seek to emancipate female children and women from this hideous cultural practice? How do we protect against this insidious form of mutilation? How to eliminate this practice from the UK?

Prior to 1985 FGM was often referred to as female circumcision – a phrase which lends the practice an erroneous sense of equivalence with male circumcision. FGM was prohibited by law for the first time in 1985 but until recently the UK Government has neglected FGM as an issue. Consequently, statistics on its prevalence within the UK are hard to come by and until recently the causes, risks and strategies to combat this practice have not been high on the agenda for Health workers, social workers or police. Not until 2014, following a report published the previous year which estimated there may be as many as 66,000 victims of FGM in England and Wales, did hospitals start gathering data on women they treat who have undergone FGM.

But it was not until October 2015 that procedures for reporting FGM became a mandatory duty for social workers, healthcare professionals and teachers. FGM is fraught with sensitivities. To stop this practice, children must defy their parents, women their husbands and all; traditional belief systems. So how can a programme of education be effective in challenging cultural norms? How can a strategy of prevention be an effective deterrent? What impact will the deterrent threat of prosecution have? These are complex questions, the answers to which are not easily found – but are being explored by health and social services; by practitioners on the ground at work with families and with communities. The focus is engagement, education and empowerment and of course, where the threat of mutilation is apparent, prohibitive restrictions.

But where the evidence of mutilation is apparent, what prospects for conviction? All crime requires a victim; all prosecution requires evidence and a clear purpose. According to the sentencing council there are five purposes of sentencing: punishment; crime reduction; rehabilitation; protection; reparation. In cases of FGM which of these is most likely to succeed? How does a mother make reparation for mutilating her daughter? In what circumstances does prosecution protect a young person? What processes are available to achieve rehabilitation? There may be  circumstances in which prosecution can achieve one, many or all of these purposes and in which prosecution is the appropriate route. Though prosecution does require a victim to give evidence and the question of prosecution needs to be balanced against the prospect of the impact on the victim.

When asked why there have been no successful prosecutions of FGM, the response of the West Midlands Police recently was: “Educating and safeguarding vulnerable girls is the focus. Prosecuting parents unlikely to benefit [the] child  [prosecution will follow when] If doing so is in the victims’ best interests.” It seems reasonable to conclude then that a more effective strategy is likely to be prevention. Educating children, young people, women and their communities about the impact and effect of FGM seems likely to be the most effective way of enabling and empowering individuals to desist from this practice.

So with this in mind, let us consider the approach Breitbart took to this important issue on this International Women’s day – a day in which the world celebrates the achievements and the campaigns which work toward the emancipation of women. Breitbart gave us an image of Burka clad, face veiled women praying to Allah and the headline: International Women’s Day: 5,500 cases of Female Genital Mutilation in 2016. But No Prosecutions. For Breitbart, International Women’s Day is all about highlighting a hideous “Muslim” practice. No doubt all of the sanctimoniously self-styled “truthers”, “truth-seekers” and “truth-mongers” that populate the right will be in a frenzy of virtue-signalling, sharing this across social media and railing indignantly against left-liberal “tolerance”…

But let us unpick this statistic a little.The NHS report  on which the figure quoted is taken, comes from a dataset from between October and December 2016. The report begins with a warning about the interpretation of what is newly acquired data. It indicates that in that period there were 2,332 attendances reported at NHS trusts and GP practices where FGM was identified or a procedure for FGM was undertaken. Of those, there were 1,268 women and girls who had their FGM information collected in the Enhanced Dataset for the first time. The report makes it clear that this does not mean this is the woman or girl’s first attendance for FGM or the first time this information has been collected. It is the first time it has been collated under new procedures instituted since late 2015 as part of the national preventative agenda. The report makes it clear that: 95% of victims of FGM were born outside of the UK, 96% of FGM procedures were undertaken outside of the UK, 83% of FGM cases carried out within the UK were genital piercings and 98% of victims were aged 18 or over when first recorded.

According to the figures there were 51 recorded cases of FGM undertaken in the UK in 2016. Of course it is possible to prosecute the aiding and abetting a criminal offence committed outside of the UK but when considering this the Crown Prosecution Service must balance the probability of conviction against the public interest. More importantly perhaps, it is important to recognise that Health services have a duty of care. Where an offence has been committed or where there is evidence that an individual is at risk, this duty requires that such situations are reported to the relevant authorities; which usually means children’s services or the police or both. This is mitigated by the duty of confidentiality. Where no offence is evidenced as having been committed and where there is no currently identified risk of harm, respecting the wishes of the patient to privacy becomes paramount. Such are the obstacles to prosecution. And this is why the most effective strategy for enabling and empowering women to resist and overcome such horrendous cultural practices, is engagement and education. The focus of articles such as that posted by Breitbart for International Women’s day feeds into a narrative whose tropes we are all too familiar with: barbarism of Islam; women’s oppression within Islam; isolationism of alienated communities and; liberal tolerance to such practices.

Whilst FGM is clearly oppressive to women, such attacks on discriminated against communities have nothing to do with emancipation and everything to do with denigration and finding new ways in which to oppress.

2 thoughts on “FGM – A Discussion”