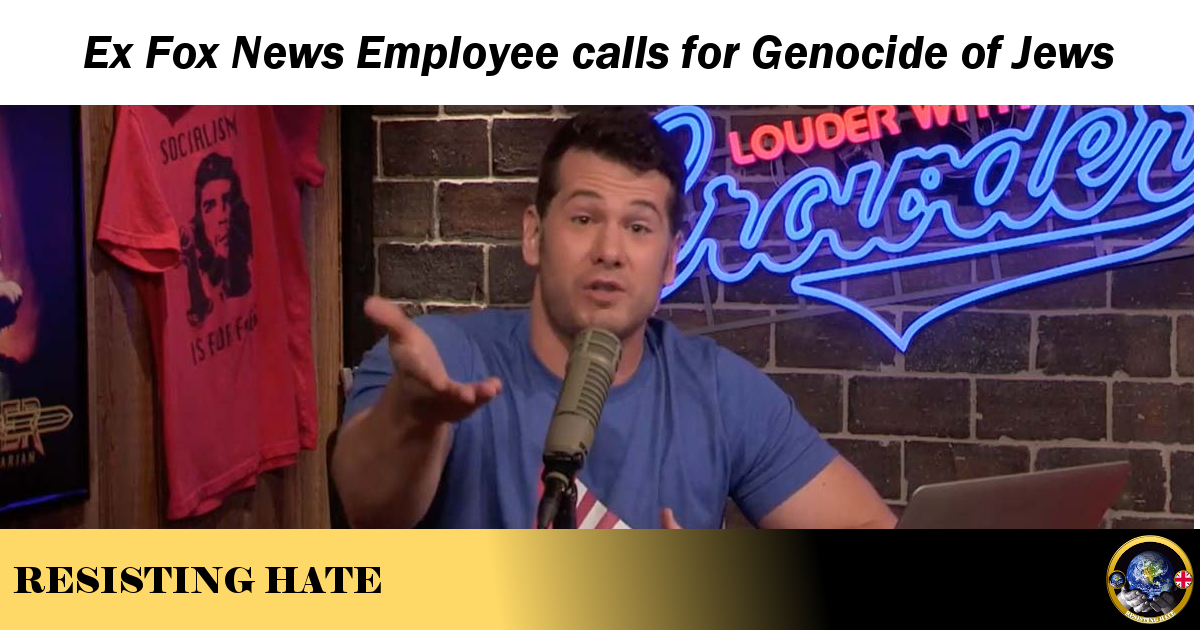 Steven Crowder is an ex employee of Fox News, a journalist on the political right who hosts a You Tube channel and who uses social media to build a profile for his Conservative views.

Crowder came to our attention this week when he posted this poll, ostensibly trying to find answers to what looks at first glance to be a genuine question. Upon closer inspection though the poll is a blatant vehicle for Crowder to express his trademark antisemitism. He publicised his poll to the extreme far right which resulted in the intended result of managing to rig his poll to point the finger of blame at the Jewish community. 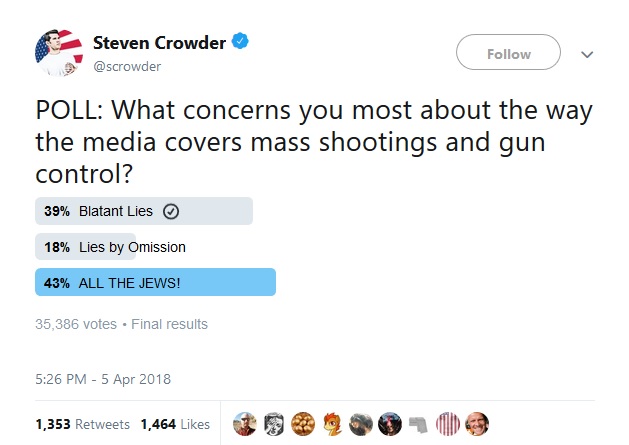 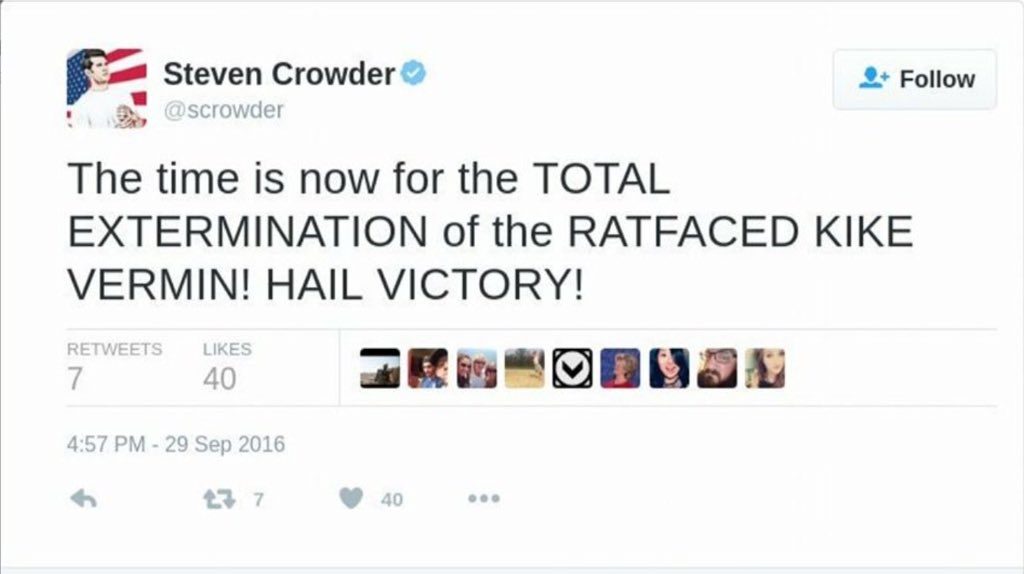 This isn’t just hate speech, it is a clear call for genocide.

The problem with this kind of vile speech is not just the message it puts out, it is the fact that it serves to radicalise easily led people on social media. Crowder has over half a million followers and here is a selection of the responses he incited with his poll and follow up tweet.

And jews. Sick of them too.

I find it sickening that this man feels he can spew this kind of filth onto a legitimate public platform and not feel he is putting his account at risk.

Trust me Stephen, at Resisting Hate we’ll be reporting you every step of the way. There is no place for your vicious and vile antisemitism on Twitter or any other social media platform.