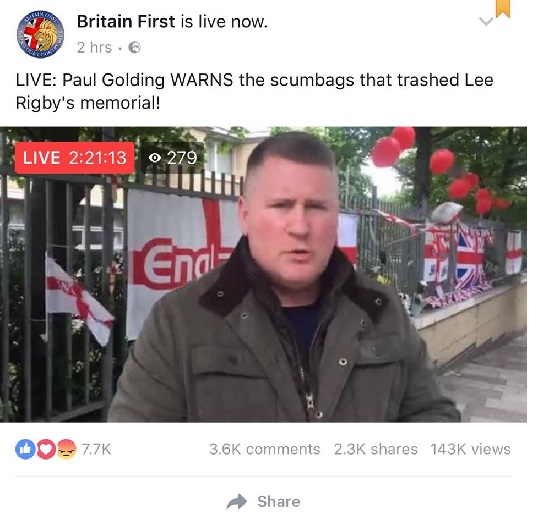 Britain First’s latest stunt has really frustrated me for a number of reasons:

1. Lee Rigby’s mother has already said on several different occasions that she does not want Britain First and Lee Rigby to be associated or for them to use him for their own political ends

2. No one knows who did it. It could be just a sick random vandal or two. But in the video Golding goes on about “Islamic extremists” (as per usual)

3. He says that if the people are found and taken to court, they “will get a visit from Britain First”. Really Paul? Because that’s not got you in trouble before has it, you ignorant halfwit. And by doing that you will, like before, jeopardise any action or case brought against them.