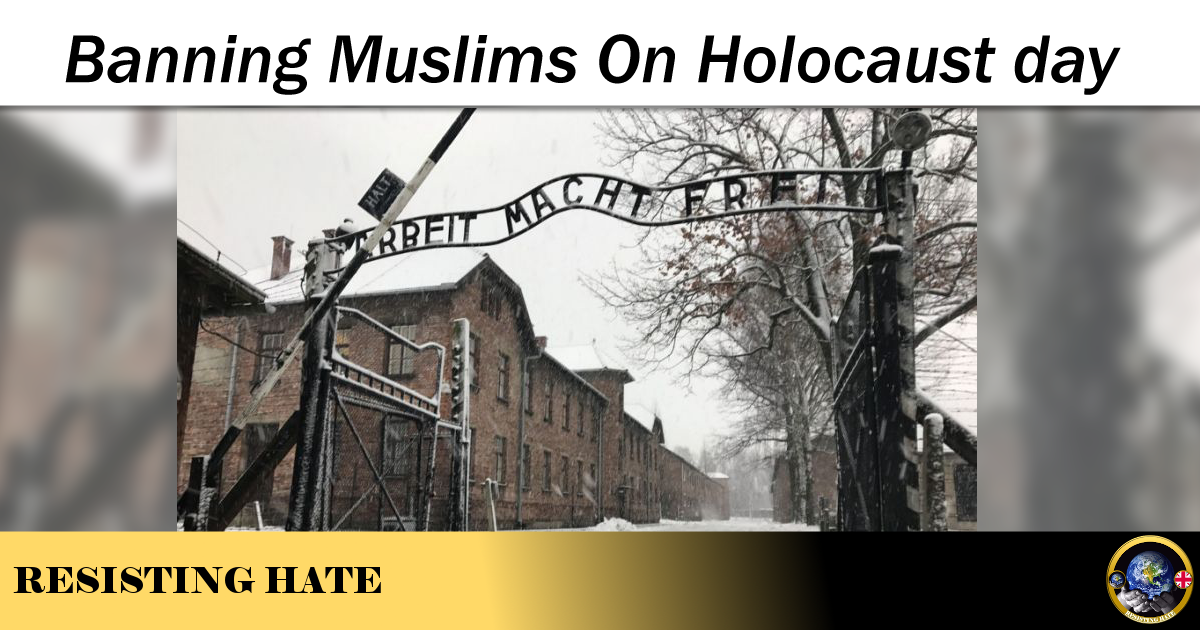 I found it incredible that on a day intended to think about the holocaust, that Trump didn’t know his own history enough to see that not only was his anti-immigration Executive Order a bad thing to do, but to do it 2 days before Holocaust Memorial Day was plain thoughtless.

Now, for those of you on Twitter, there is an account named St. Louis Manifest (@stl_manifest). The MS St. Louis was a German ocean liner, which contained 937 Jewish refugees who were escaping the Nazi regime. They are tweeting the names and photos of those who perished following the so called “Voyage of the Damned”.

They attempted to dock in Cuba but they only allowed 29 passengers to disembark of which 22 were Jewish. They then went on to try to enter America however they were not given permission to do so and the US Coastguard shadowed the ship to ensure that the ship didn’t try to drop anyone off. Finally they tried to enter Canada but a Canadian immigration official called Frederick Blair who was hostile to Jewish immigration persuaded the Prime Minister not to intervene and provide help.

They then went back to Europe where Britain took 288 of them, and on arriving in Antwerp, the remaining passengers disembarked where 224 were taken by France, 214 by Belgium & 181 by the Netherlands.

As you can imagine, the Jews entering Britain were safe as the Nazis didn’t manage to invade here. However the Jews in Europe were mostly captured and sent to various camps including Auschwitz-Birkenau, Sobibor, Belsen and others. Of the 619 passengers who were dropped in continental Europe, only 365 survived the war. The captain of the ship, a German called Gustav Schröeder was named as Righteous among the Nations at the Yad Vashem memorial in Israel.

Now, back then it was Jews escaping the Nazi regime and if they didn’t then they’d be sent to suffer in concentration camps. Today it is different, it is Muslims who are being persecuted, but to them the results are no less deadly. They are escaping, on the whole, from war torn countries where there is both governmental corruption and control which is turning them against the people or they are being chased by the Islamic State “troops”. The end result is the same as for the Jews. You either run, taking your families and whatever possessions you have with you……or hide and risk capture or being bombed by the government, America or Russia.

It is true that countries do need to safeguard borders, to take on a proportionate response to the crisis, there isn’t any way that every single refugee could be taken in by Britain alone however, in addition to the refugees taken by Islamic countries in the Middle East (for example, Lebanon is a small country with a population of 4.5million……but they have taken in 4.8 million refugees…..let that number sink in…..they have taken in so many refugees that there are actually more refugees then Lebanese people in Lebanon!) we need to do our bit and assist these poor people.

Now, this has been a long rant and I bet you’re glad that it’s nearing its end……this is the point that I have been making.

Trump has signed an order effectively removing the ability for Muslims who are being persecuted to take shelter. He has only done this for the Muslim countries that his businesses don’t get trade from. He took this action on a day where people were mindful of the holocaust and fate of Jewish people at the hands of aggressors……effectively making the same mistake and condemning those people that America could help as his predecessor did 78 years previously.

To me this is not acceptable and it has filled me with rather a massive amount of anger.

I don’t think people are aware of the parallels that are being drawn and I would be grateful if you could share this information so that the story gets out there.