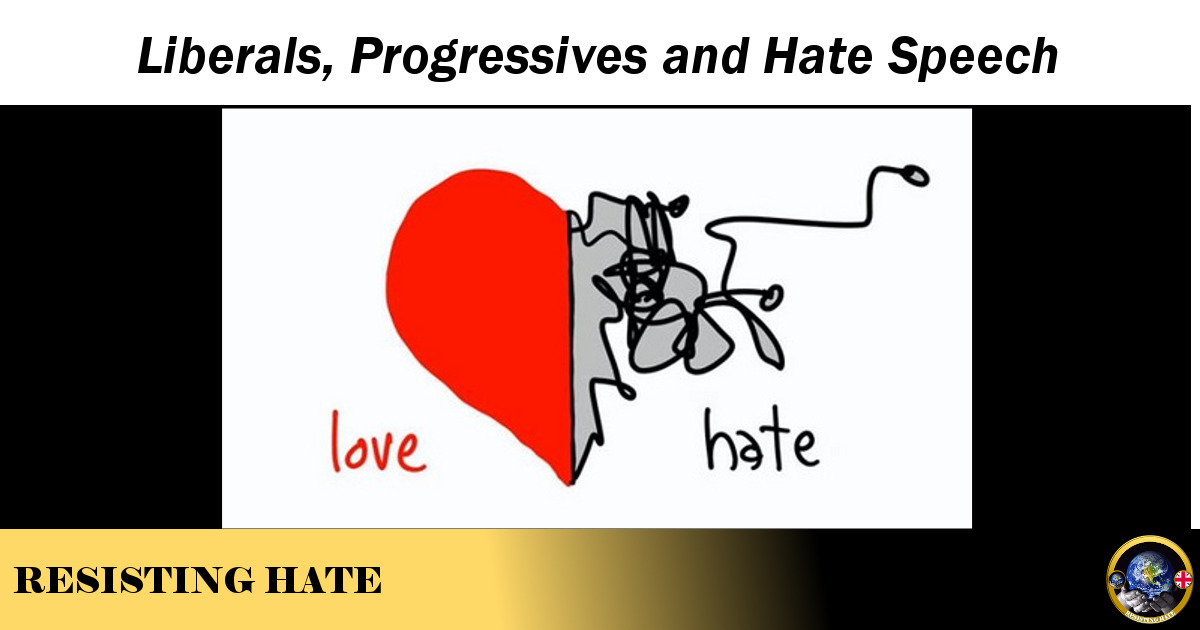 Liberals are interested in upholding the rights of the individual and believe the role of the state should be limited in the extent to which it can intervene with the rights of individual citizens.

A Progressive is interested in forcing the hand of change and solving the inequities caused by public or private power structures. The lacuna between the Liberal v Progressive is sometimes described as bottom up v top down politics. Liberals believe change should evolve from the people, Progressives believe change should be orchestrated intentionally by state intervention or, in the case of the private sphere, the legal system or corporate decision makers.

Put even more simply the Liberal v Progressive split is similar to the Equality v Equities argument. A Liberal believes in the principles of fairness and equality (everyone gets the same) a Progressive believes in correcting inequities (everyone gets what they need which means some receive more than others).  My primary interest as a Progressive anti-hate activist is in addressing inequities that occur as a result of hate and hate speech. This is not a value argument, I am not saying that hate speech is wrong in itself, I am saying that when we allow hate speech to flourish it has significant and tangible consequences for both individuals and communities. This is not about setting moral standards, it is about reducing the potential for harm.

When discussing free speech it is important to be clear that Liberals are concerned with the contract between the state and the individual and not the relationship between individuals. This often causes confusion when the question of hate speech arises as the blocking of hate speech from social media sites like Facebook or Twitter is often wrongly deemed to be contravening the right to free speech. Blocking hate speech from a private platform is not censorship and only becomes a direct infringement of rights if it is driven by state led legislature applying to public (not private) places.  Therefore when Progressives like myself call for private companies to curb hate speech this is not infringing on civil liberties. Censorship would be the state saying an idea cannot be expressed. This is different to the prevention of an idea being circulated within a particular social sphere.

There are three primary tangible consequences for individuals and communities that arise from hate speech:

When we allow hate speech that targets race, gender, orientation, health status and religion we are giving a platform to indoctrinate people against these groups. This results in individuals belonging to these groups being stigmatised which in turn leads to discrimination in the workplace and a reduction in opportunities for those individuals.

The link between hate speech and violence has been proposed numerous times. It has been argued that exposure to hate speech desensitises individuals to the idea of harming others by reducing the focus of their target to being less than human – much hate speech online is aimed directly at dehumanising communities. Our group have seen migrants called cockroaches, Muslims called savages and Jews told that they belong in ‘the ovens’. All three of these community groups have seen an increase in hate crime over the last 5 years.

The language of hate speech disenfranchises and demeans individuals and breaks down relations between communities which become strained and eventually result in verbal and physical clashes.

It is important to fully understand the wider implications of hate speech – this is not just about the feelings of an individual but about the growing isolation of whole community groups.

It is my view (a view shared by World Policy Institute fellow Susan Benesch) that wide spread hate speech paves the way for an increase in violence. When it becomes acceptable to abuse a person on one platform it is a precursor to abusing them physically.

Hate speech leads to an increase in suicide

Scientists at Syracuse University have investigated the link between hate speech and suicide and found there to be a correlation. Their research states “Ethnic immigrant groups subjected to more negative ethnophaulisms, or hate speech, were more likely to commit suicide.”  If hate speech has been proven to be a catalyst toward actual loss of life then this is perhaps the strongest argument that action to prevent it needs to be taken.

It is necessary to spell out the argument against hate speech this clearly as, too often, this debate is reduced to being argued from the perspective of a Liberal and gets dragged into the quagmire of the right to speak v the right not to be offended. The reason I oppose hate speech is not (as often so ineloquently put by the far right) that it hurts people’s ‘feelz’ but because hate speech leads to genuine social and economic inequities for individuals and communities. As a Progressive I strongly believe it is the role of both the state and of private corporations (think social media platforms) to play their part in resolving these inequities.

This is not about censorship and rights, this is about keeping the people of our country safe.