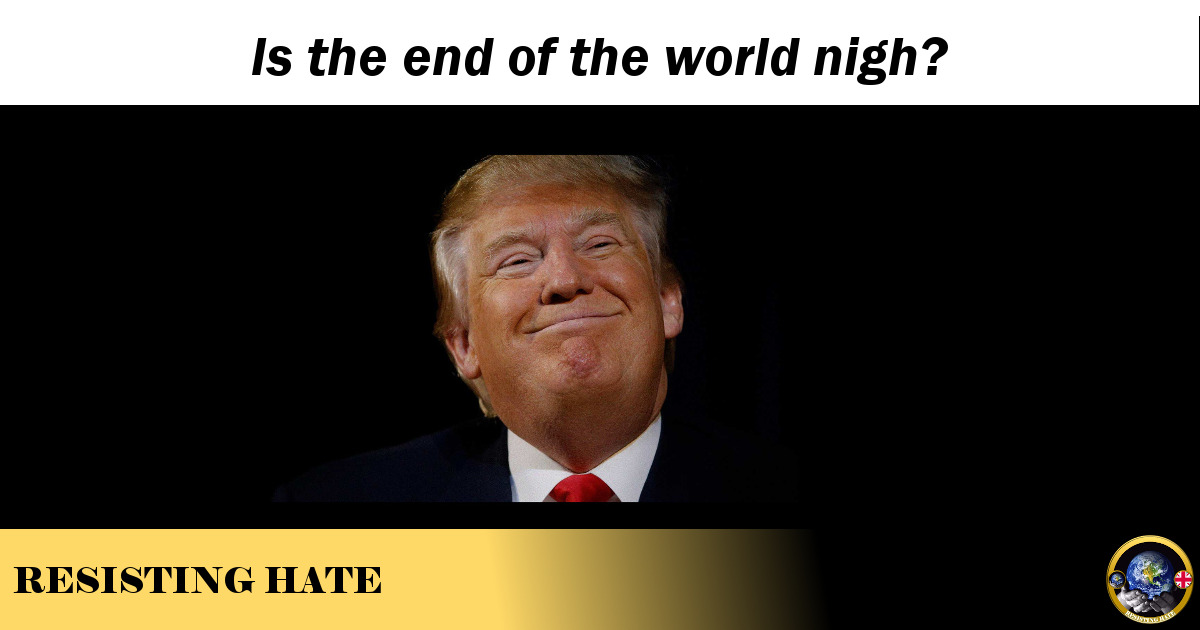 As the USA Presidential race heads into the final two days and shows no sign of being the Democrat landslide that many of us liberals hoped for we enter a nailbitingly tense period which will involve a lot of good people having very little sleep.

When Donald Trump first rumbled onto the political scene I remember having a conversation with my husband. “Suppose he actually….” No. My husband very emphatically reassured me that nobody would ever vote for such an idiot. He wouldn’t be taken seriously as a credible politician even for a party prone to being as dangerously far right as the American Republicans.

A few months later after Trump was voted the Republican candidate we discussed it again. “You know there really is a chance….” No. My husband was confident that not only would Trump have no chance at the Presidency his Republican candidacy was a positive thing as it would weaken the Republicans ensure a Democrat victory.

24 hours from victory or defeat quite a lot has happened. But none of it of the magnitude that many of us hoped for. What looked like a Hilary win judging by the polls of two weeks ago now looks like a very close race indeed.

I am perhaps being a bit over dramatic in referring to a possible Trump victory as the end of the world. But in some ways it will be the end of the world as we know it. Trump has tapped into a public tide of hate and prejudice that many of us did not even know existed, let alone wanted to see given a voice on the world stage. If this man is given the office he seeks it will legitimise these schisms between communities, both in America and throughout the world. If the President himself can openly slander Mexicans, Women, Muslims, Jews, people of colour, people with disabilities etc. then there is nothing to prevent anybody else doing it. The door will have been opened to the floodgates of racism, mysogyny and Islamophobia and our world will have changed significantly for the worse.

It is not Trump the person I object to or even Trump the politician. What terrifies me is Trump the catalyst. The Trump who stands as the gatekeeper ready to usher in a society that favours division over unity. The Trump who has changed politics to make them about prejudice instead of policies. Never before have we seen a presidential candidate so open about his intention to divide communities and so approving of the followers who act on his views with hate speech, hate crime and violence.

In the UK we are in the unique position of knowing first hand what happens when right wing ideals are given free rein and our society has suffered greatly for it with hate crime spiking only hours after the Brexit referendum vote came in. The Brexit aftermath would be nothing compared to the fall out of a Trump victory. This is a man who is willing to publicly degrade women, ban people from a country just for following a faith and who hates his neighbouring country so much that he wants to spends billions on a wall to block them out. And that is just what he is willing to admit to while running for President.

The reason my husband has been so confident throughout that Trump would not get the presidency is because he and many others believe that a man who stands for division and hate on the scale that Donald Trump does would never be granted the power held by the Presidential office. This is a belief in humanity, a belief that decency will ultimately prevail, that the bad guy never wins.

24 hours from the election result I’m not so sure, Logic tells me that the polls are in Mrs Clinton’s favour. Common sense says that all the demographics abused by Trump in the press are unlikely to garner him votes in that direction. Everything I have read suggests that even hardened Republicans are turning away from the candidate they despise. But at the back of my mind whispers that little voice, the one that will stop me sleeping for the next two days. The one that says sometimes humanity doesn’t always win out against hate, that sometimes decency lucks out and the bad guy does manage to win.

It’s going to be a long twenty four hours…